​Latin American and Caribbean Air Transport Association (ALTA) is heading into its annual Airline Leaders Forum with a positive growth story from the region's carriers, but also several familiar challenges that are weighing on ambitions.

The Latin American and Caribbean Air Transport Association (ALTA) is heading into its annual Airline Leaders Forum with a positive growth story from the region's carriers, but also familiar challenges that sometimes weigh on ambitions.

"It's a tough region, but we are happy that we had a growing market this year – of 5.7% – and that shows the resilience of the market," ALTA's executive director Luis Felipe de Oliveira tells FlightGlobal during a mid-October interview.

That airline growth comes amid GDP expansion in the region of around 1.2%, de Oliveira says, adding that ALTA expects the region's airline traffic to double in size in the next 10 years. 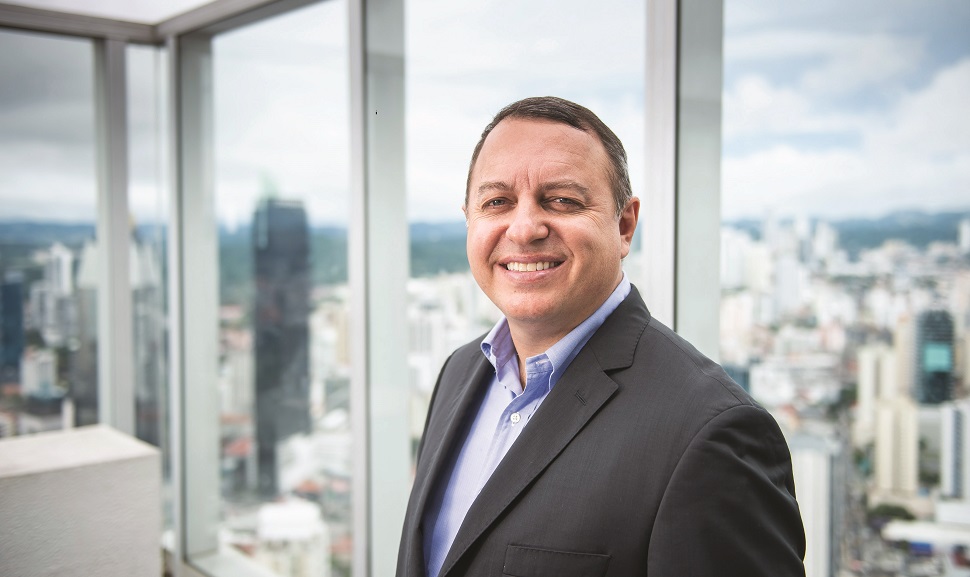 De Oliveira is positive about the progress being made by ALTA on several key issues – particularly in Brazil.

"We are very proud to bring the ALTA Airline Leaders Forum to Brazil," he states. "We are convinced that this event will generate a positive agenda to discuss best practices around the world that will drive development to all countries in the region."

Brazil is a microcosm of the challenges often faced in Latin America: huge room for growth, but macroeconomic, regulatory, taxation and geopolitical realities that can stymie ambition.

Added to the mix this year is the industry's "social responsibility" amid rising concerns about carbon emissions in particular, de Oliveira notes.

These factors make "competitiveness" an unsurprising choice as the theme for this year's Airline Leaders Forum, as ALTA seeks to further convince governments and regulators that liberalised aviation markets, lower taxes and fees, and international regulatory standards would bring widespread benefits.

"We are one of the most expensive regions, not least in terms of taxes and fees, and so on," de Oliveira states. "We still have a lot of borders in the air. That's why airlines need to cope with different regulations in each country of the region, and that is a cost burden as well. So harmonisation is more than needed in the region."

At the same time, the industry has a need for "$50 billion in terms of investments to cope with the growth in the next 10-20 years", de Oliveira states, adding: "That's something that needs to come in most cases from the private investors. It will restrain the growth if that doesn't come."

He highlights the example of Mexico, which is "losing the opportunity to be a global hub with the decision not to build the new airport" in Mexico City.

He further highlights the industry's huge potential for growth.

"We are still flying not very much per capita – just 0.4 flights per capita, compared with Europe which is 2 and the US 2.2," he says.

Amid these opportunities and constraints, the financial performance of airlines within the region reflects this mixed and often uncertain environment.

"We have a kind of joke here that last year airlines paid around 50 cents for every passenger to fly in the region," de Oliveira states. "This year will be a little bit better – we will receive per passenger around 20 cents as a forecast, but that is really low compared with how capital intensive our industry is, and of course we deserve better results in terms of the profitability of the region."

ALTA itself has seen some success stories over the past 12 months, de Oliveira observes.

The association has worked "very closely with the Mexican government", for example, to create the opportunity for jet fuel to be imported into the country's market.

This is "generating good results in terms of savings for the industry", de Oliveira suggests.

He also highlights encouraging developments in Uruguay with reductions in the cost of jet fuel, adding that ALTA is working "closely with the Brazilian government in terms of fuel price transparency" and changing the grade of jet fuel, which should reduce costs for airlines.

ALTA is working with IATA to implement safety standards for "small and medium carriers", and some "15 airlines are involved with this process", de Oliveira states.

"We are very happy because it helps the safety in the industry [and] it helps more airlines connect to the big airlines", which also brings "socioeconomic development".

ALTA was also closely involved in the recent ICAO assembly, where the next stages of CORSIA – the industry's global carbon offset scheme – were discussed.

"We need to think about how we can leave a better environmental footprint for the next generations," de Oliveira states. "And how we can have a global standard in terms of the emissions, to improve the age of our aircraft to have the youngest fleet."

As part of that environmental effort, ALTA is working "very closely with air traffic controllers to reduce the time of flights with more direct routes".

Fraud protection is another area where progress has been made by ALTA, de Oliveira suggests.

"1.5 to 2% of total revenue by credit cards from the airlines in the region is affected by fraud and we are working very hard by creating working groups [which include] police, airlines, credit card companies and IATA... we are very happy we are getting very good results.

"If you have a fraud in one country, sometimes it is [repeated] in another country or another travel agent. That's why we are sharing this information and working together."

Amid the concerns about levels of taxation and fees across the region, there has even been some good news in that regard.

ALTA itself – now firmly established in Panama after it moved a significant proportion of its operations from Miami – continues to "bring the resources the industry needs" by deploying its "more specialised team", de Oliveira notes.

He is also keen to point out that ALTA is acting as "industry association, not only as an airline association".

He notes that ALTA has taken on "13 new members" since last year, including non-airline businesses such as Honeywell, Avolon, Hipergas and Dnata. That means the association has now surpassed 100 members.

"We are still working hard to have more airlines joining ALTA. Not only in the region but airlines who have an interest to fly into the region," de Oliveira states. "When I started at ALTA, we have around 62-63% of the airline coverage in the region – now we have reached around 82-83%.