​The airport serving central and western China's largest city – Chongqing Jiangbei International – is at a fascinating stage in its development as it seeks to increase intercontinental connectivity.

The hub serving central and western China's largest city – Chongqing Jiangbei International airport – is at a fascinating stage in its development as it seeks to increase intercontinental connectivity.

Some 20 years ago, the facility's throughput was around two million passengers per year. In 2019, that figure is closing on 45 million, having reached 41.6 million in 2018, which ranked it among the country’s top 10 hubs and put it on the verge of the world's top 50.

As a municipality that is home to more than 30 million people, Chongqing has inevitably enjoyed a growth in air travel demand that reflects trends in China as a whole. Despite that huge catchment area, however, it is yet to see a boom in intercontinental service – particularly from overseas carriers. 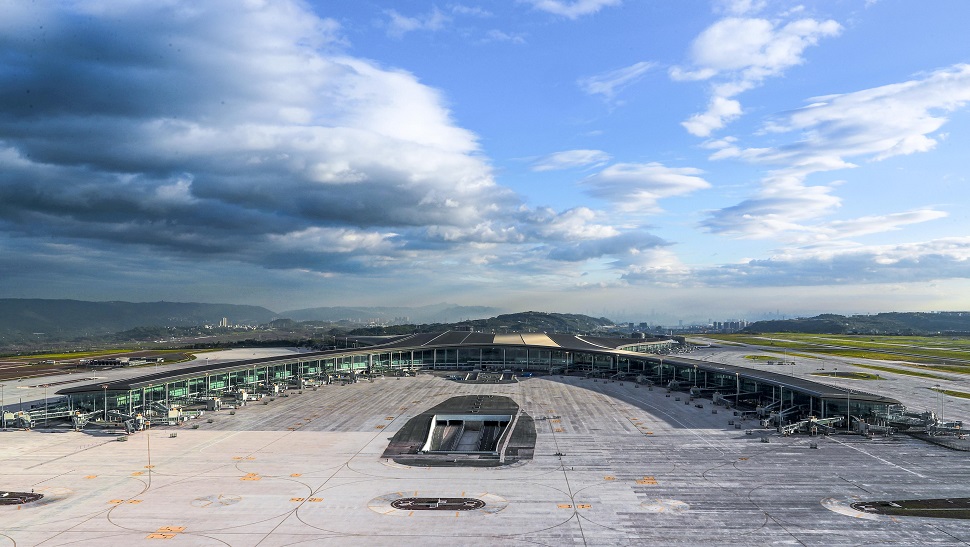 Chongqing Jiangbei International's 300 routes and around 50 operators are therefore largely focused on domestic and regional services.

It has only been able to look on jealously at the expansion of intercontinental services from China’s three major coastal hubs.

Crucially, however, Chongqing is not at the same stage of economic development as Beijing, Guangzhou and Shanghai, which are closer to "developed countries", Huang Wei, the chairman of the supervisory board of Chongqing Airport Group, explained to FlightGlobal during a September interview in London.

Huang therefore sees opportunities to grow intercontinental air connectivity at Chongqing. Aiding that mission, the inland city – which is traditionally associated with heavy industries – is diversifying its economy to include the production of high-tech products, driving GDP growth ahead of that seen in the country overall in recent years.

In short, Chongqing theoretically has plenty of untapped growth potential.

Indeed, Huang explains that China's president Xi Jinping has acknowledged Chongqing's "very special location". He adds that "the central government of China wants to make Chongqing an import and export hub in China".

For Huang, the key to building international passenger and cargo service at Chongqing is the city's "strategic location" that will enable it to become "the open frontier" to Europe, alongside a focus on growth to Southeast Asia, all as part of China’s Belt and Road Initiative.

To help progress in this regard, earlier this year Changi Airports International (CAI) and Chongqing Airport Group jointly established a management company to develop the non-aeronautical businesses at Chongqing Jiangbei International, as part of a government-to government project between Singapore and China.

"With the advantage of the strategic location of Chongqing and importing the management of Singapore, we are going to become the frontier – the open frontier – to Europe," Huang says. "I want to tell the partners in European markets we have a lot opportunities in Chinese market. We want to share these opportunities with European partners."

Amid the US-China trade spat, the impetus behind such an approach has only grown.

"China and the European Union are the second and third [largest global economies] respectively, so I think the second and the third should collaborate more to push the world forward," Huang explains.

"Based on the industry structure of Chongqing, we have [the opportunity] to open to the west and to the south," he adds, referring to Europe and Southeast Asia. "We think the globalisation of the economy is unstoppable. Europe and China should collaborate more."

That means Chongqing Jiangbei International airport is aiming to "constantly open new routes to European destinations", and to the "second target" of the Southeast Asia market. On the latter region, Huang adds that "Chongqing is very strategic location for connecting Northeast Asia and Southeast Asia with Europe".

Those international passengers only accounted for around 3 million of the 41.5 million people who used the facility in 2018, however.

Amid the slow growth in intercontinental service, the airport’s development so far has left it with a long list of local operators and no clear "hub carrier".

That is in stark contrast to the airports serving Beijing, Guangzhou and Shanghai – where Air China, China Southern and China Eastern respectively operate as dominant forces.

Indeed, among FlightGlobal’s survey of the top 100 airports by passenger numbers in 2018, Chongqing Jiangbei International’s leading carrier – Sichuan Airlines – accounts for just 12% of the total seat share. That is the second-lowest percentage in the top 100, ranking Chongqing at the same level as Osaka Kansai International airport, where Peach accounted for 12% of seats.

Only Mexico’s Cancun International airport has a largest operator with a smaller seat share: low-cost carrier Volaris, at 11%.

"This is a problem that Chongqing has had for many years," says Huang. "But it is also an opportunity for us…. It is possible that we can create a hub airport without a hub airline."

He suggests that Chongqing's "very active market" is a result of its mix of carriers, which sees none of China's "big three" airlines having a dominant presence at the facility.

"That is because the Chongqing market is very good, so all the companies in China want to grab the market," Huang suggests.

He states that the airport works to ensure passengers are able to seamlessly transfer from airline to airline.

But HNA Group carrier Hainan Airlines – which operates most of Chongqing’s intercontinental routes – is not a member of an alliance. That creates network challenges in terms of expanding such services to more destinations.

"I wish that HNA could find some partner airlines in the European market to do some code-sharing or to do some transfer of passengers, and to [offer] different destinations in Europe to Chongqing," Huang states, describing the prospect as "quite promising".

Finnair also offers services, but announced earlier this year that it would cease year-round Helsinki-Chongqing flights from this winter season, making the route a summer-only service.

"Finnair can't find partner airlines in China," Huang explains. "So this will be a limit for the Finnair. But I'm very confident about Chongqing's market and China's market. I hope they can stick to this market and stay there."

But outside Asia-Pacific, no carriers from SkyTeam or Star currently fly to Chongqing.

The story around Finnair’s struggle to make the route viable is not unique to Chongqing among China’s second tier of airports.

Fellow Oneworld carrier British Airways, for example, ended service to central China airport Chengdu in early 2017, stating that after three years of operation, the service was "not commercially viable".

It remains to be seen whether such failed attempts to embed services away from China’s mega-hubs reflect a fundamental issue that may weigh on any future attempts to do the same.

Regardless, Huang says that the airport is planning for further growth – eventually beyond the boundaries of the current facility.

The next stage in Chongqing Jiangbei International airport’s physical development will be the construction of a new terminal and additional runway.

In 2017, Chongqing put its third terminal – 3a – and third runway into operation.

"We are the only airport with three terminals and three runways in central and western China," Huang notes. "Our new terminal [3b] and our fourth runway now are in the final phase of designing and with approval of the central government we can start construction by the end of this year."

He estimates the construction period will be "four to five years".

Once that phase is completed, the airport will have a design capacity of 80-90 million passengers per year. It will also have expanded to the limits of what is viable on that particular site.

Consequently, a new facility will be in the offing.

"So now we are already starting to think about the location and the plan of the second airport of Chongqing," Huang states.