JetBlue Airways has seen a substantial jump in air travel demand during March, with its daily revenue almost doubling – thought the airline has not reached cash-break-even levels. 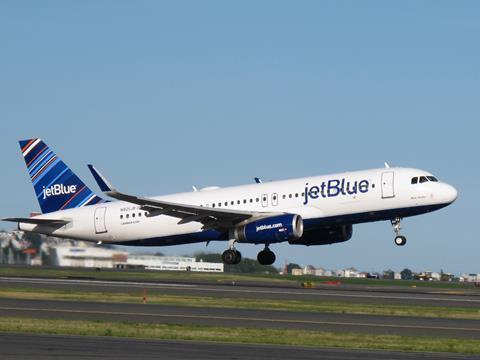 “That shows you how much acceleration there has been,” he says.

JetBlue now predicts its first-quarter revenue will decline 61-64% from revenue in the same period two years ago, before the pandemic struck, the carrier says in a 15 March securities filing. That range improves upon JetBlue’s previous prediction that its first-quarter 2021 revenue would decline 65-70% from the 2019 period.

“Although booking trends remain choppy, in recent weeks JetBlue has experienced an improvement in bookings by leisure and visiting-friends-and-relatives customers,” JetBlue’s filing says.