The European Commission’s proposals regarding the sustainability of air travel lack clarity in terms of what they are seeking to achieve, in the view of KLM chief executive Pieter Elbers.

Speaking during the World Aviation Festival today, Elbers says he does not “precisely understand what’s the objective of some of the things. Is the objective to make flying for our customers much more expensive so they fly less? That’s nothing to do with sustainability in itself, that’s just a way to influence consumer behaviour.

“Are the taxes meant to encourage companies to speed up their sustainability programmes?” he asks, arguing that most businesses already do all they can in that regard. 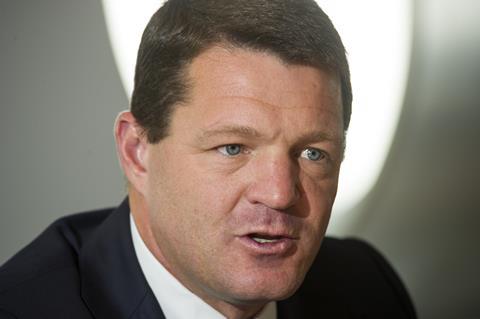 Earlier in September, the European Commission presented its plan to reduce EU greenhouse gas emissions by at least 55% by 2030, compared with 1990 levels. It has previously discussed measures such as taxes on aviation fuel as potentially helping the region to meet that target.

Instead of such taxation – which he says ends with money going into “general funds” – Elbers believes the focus should be on “investing in real innovation and bringing forward the industry”.

He mentions KLM’s work with Delft University on developing biofuels as an example of that “innovation”, alongside its investment in new-generation aircraft.

He also notes what he sees as a contradiction in the recent state bailouts of European airlines being potentially followed by an effort to impose new taxes on the same businesses.

“I find it a bit contradicting that governments would on the one hand support their airlines with billions of euros in terms of loans and equities and on the other hand the European Commission would introduce billions of taxes for aviation,” Elbers states.

The Dutch government’s rescue package for the carrier runs to €3.4 billion ($4 billion), although environmental group Greenpeace is to launch a legal challenge to block the support, arguing the green conditions tied to the bailout are not strong enough.

Elbers welcomes, however, the European Commission’s announcement this week that it is “finally… now preparing the next step for improving the European airspace”, which he claims “would reduce the emissions by around 10%”.

European transport commissioner Adina Valean announced the next stage of the Single European Sky programme on 22 September, “with digitalisation and decarbonisation at the heart of the proposal”.

“We have been pushing for that for the last decade,” Elbers states. “It’s the quickest, best and cheapest possible way to make a leap forward in terms of reducing CO2 emissions.”

Away from sustainability challenges, Elbers says that the Dutch carrier has been experiencing the same tapering-off of demand seen elsewhere in the region in recent weeks.

“From the middle of August, we see some alteration where some countries are closing their borders, where the UK is imposing quarantine measures… really holding back the green shoots,” he states. This is “further postponing our planned network expansion” and means the carrier has needed to “go back on some of the plans we had in restoring our network”.