LATAM Airlines’ proposal to secure $2.2 billion in debtor-in-possession financing has been rejected by a bankruptcy court in New York.

The Chile-based airline group, which filed for Chapter 11 bankruptcy protection in the USA on 26 May, says in a Securities and Exchange Commission filing that a judge at the Southern District of New York court had rejected its request for DIP funding. 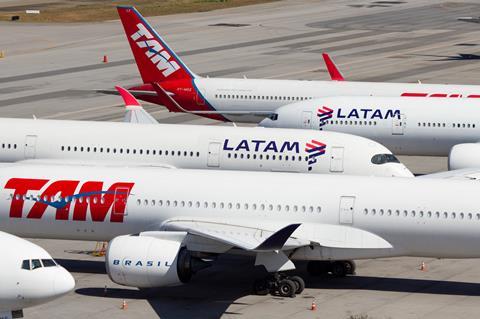 Despite ruling that the price and terms of the DIP financing proposed by LATAM “meet the standard of being completely fair”, the judge determined that the airline’s option to cause Tranche C creditors to subscribe shares of the company with the proceeds of the loan payment “could not be approved at this time without affecting the possibility for the court to review and rule” on the carrier’s future reorganisation plan.

“Since the request for approval of DIP funding had to be approved or rejected as a whole, the court concluded that…it would not approve the request,” says LATAM in its SEC filing. The group adds that it is “analysing the court’s decision and its scope to define a course of action”.

LATAM on 19 August secured a commitment for $2.2 billion in DIP financing – an important step in securing the funds it needs to continue operating. The proposed DIP loan consists of three tranches.

Oaktree Capital Management and its subsidiaries have committed to covering the entire A tranche, which seeks to raise up to $1.3 billion.