Boom Supersonic has pushed the first flight of its XB-1 demonstrator back to 2020, as it works with Japan Airlines on its planned Overture airliner.

Boom chief executive Blake Scholl says the XB-1 – which is one-third the size of the Overture – will be rolled out in December 2019, about six months later than previously planned. He attributed the decision to a safety enhancement.

"Whenever it comes to safety and schedule, safety comes first," he says. "Earlier this year, we found there was an opportunity to enhance the safety profile of the [XB-1] aircraft by including a stability augmentation system, to give us additional margin at high speed and at take-off and landing." 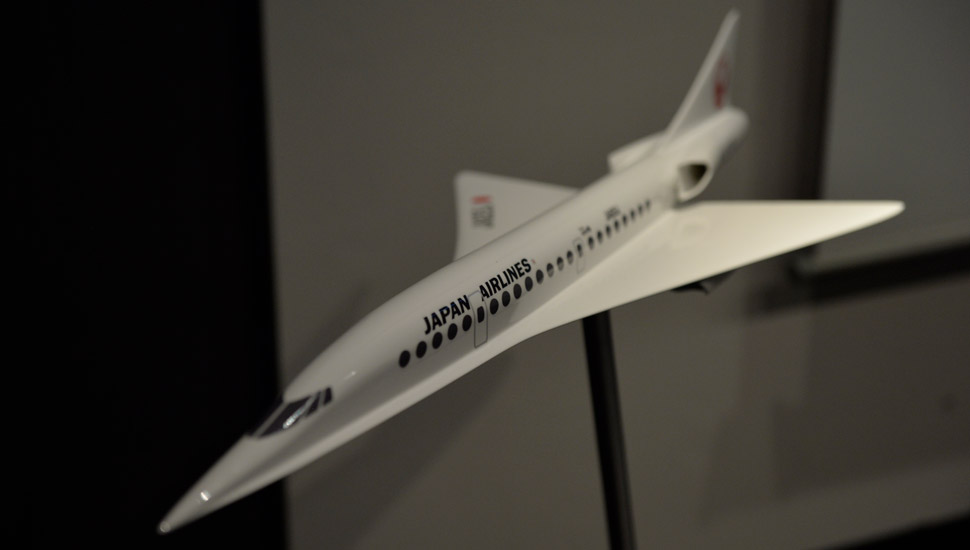 Scholl was speaking from the Le Bourget conference centre, 200m (660ft) from a museum that houses a pair of Concordes, the only supersonic airliner to have entered commercial service.

Asked about the Overture's service entry, originally expected to be in 2023, Scholl noted that unforeseen challenges have contributed to delays. This means the airliner is likely to enter service in the mid-2020s, following the first flight and a two-year test campaign that will involve six aircraft.

"This is an ambitious project," he says. "In the early days it is easy to underestimate what is required. We've moved things to the right as we've discovered complexity and opportunities to increase the safety level… look for first passengers in the 2025 to 2027 timeframe. We want to have speed as soon as possible, but we don't want to skip steps along the way."

The company is still considering its engine options for the three-engined Overture.

"We're looking at a wide range of engine options, from low-risk options that are close derivatives to current production engines, as well as engines that are completely bespoke. We face an interesting choice between higher performance and higher risk, and relatively lower performance and lower risk. We will tell you more in the coming months and years."

Scholl was joined on stage by Takeshi Morita, director of strategy and new business at JAL.

JAL has invested $10 million in Boom and "pre-ordered" up to 20 of the Mach 2.2-capable airliners. A model on the stage bore the JAL livery.

"We want to create value for our guests by optimising new technology that complements and enhances customer service," says Morita. "We think that shortening the travel time will be a new value Japan airlines can provide our customers, as we believe taking a different approach is necessary."

He noted that the two companies have exchanged teams, with JAL providing input in areas such as crew, airport, and passenger requirements.

Scholl mentioned several international routes that could benefit JAL and avoid sonic booms overland, such as San Francisco-Tokyo in 5h 30m and Tokyo-Hong Kong in 2h.

The Overture will have 55-75 business-class seats, with a crew of six, including two pilots.