US low-cost start-up Avelo Airlines is one of 20 carriers affected by a reservations system outage, leaving the airline unable to sell tickets one week before it plans to begin operations.

The provider, Orlando-based Radixx, a subsidiary of reservations giant Sabre, says on 22 April that earlier this week it experienced “an event impacting its Radixx reservation system” that affected airline customers including Avelo. 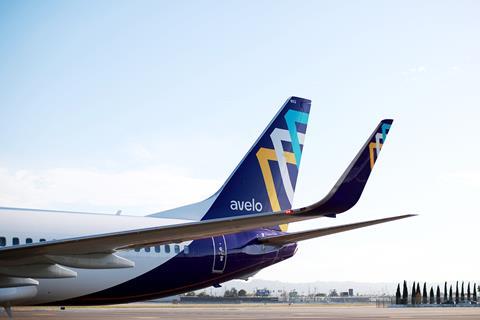 “On April 20, 2021, Radixx noticed unusual activity related to its Radixx Res application. An investigation indicated that malware on the Radixx system caused the activity. Radixx’s highest priority was to identify and contain any issues and to restore service as soon as possible,” the company says on its website.

The issue has affected “approximately 20 Radixx airline customers”, it adds. Attempts to reach Radixx for more information were unsuccessful.

Houston-based Avelo, one of two new low-cost airlines scheduled to begin flights in the coming weeks, appears unable to take reservations. The carrier’s website does not allow bookings; a note on its homepage appeals to customers’ patience.

“Our reservation system provider, Radixx, is currently experiencing a system-wide network outage that is affecting its global base of airline customers, including Avelo,” the company says. “Consequently, we are unable to process reservations at this time.”

That’s a blow to the company, whose barnstorming launch on 8 April offered $19 fares and flights from the Los Angeles area to nearly a dozen cities in the western third of the country. The airline is the newest project of aviation veteran Andrew Levy, and its first flight is scheduled for 28 April. The inaugural route will be from Hollywood-Burbank airport, near Los Angeles, to Santa Rosa, north of San Francisco.

”The Radixx network outage initially affected us on Tuesday evening,” Avelo says on 23 April. ”This is a systemwide outage that has affected all of their airline customers, including Avelo. We look forward to welcoming our customers on our first flight next Wednesday.”

Avelo is backed by $125 million in private equity and will launch with three Boeing 737-800s, with the aim of expanding to six aircraft by year-end. The cabins will have high-density, 189-seat configurations.

Updated on 23 April to add a comment from Avelo Airlines.