Royal Jordanian to decide on fleet renewal by year-end

Royal Jordanian Airlines aims to make a decision on the renewal of its regional and narrowbody fleets by the end of the year in support of a long-term strategic plan which envisions a near doubling of the operation.

Chief executive Samer Majali, who in April returned to helm the carrier he first took leadership of two decades ago, told FlightGlobal during the Arab Air Carriers Organization’s annual general meeting in Doha today that it recently issued a tender covering 30 regional and narrowbody aircraft. Around two-thirds of the aircraft are for replacement purposes. 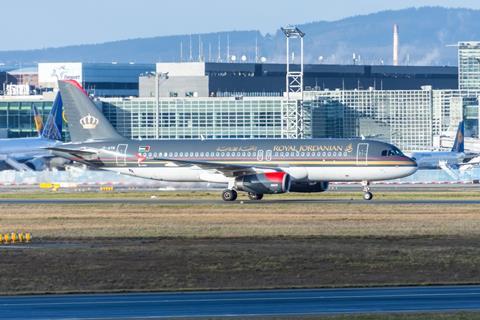 “The regional and narrowbody fleet is quite dated, so we want to accelerate that hopefully within the next five to seven years. We are trying to get to double our size, or close to that.”

“We are looking at regional jets and narrowbodies initially, and then we will get to the widebody aeroplanes down the line,” Majali says. “We issued an RFP about a month ago and we are expecting the responses during this month and we will do the evaluation and hopefully make a decision before the end of the year.”

The launch of the new long-term business plan marks a return to the front foot for the Oneworld carrier, which faced a challenging market even before the global pandemic.

“Pre-Covid we were slightly profitable. Obviously problems in the region made [Royal Jordanian] weaker in the last several years, but in spite of that the airline was holding its own until this crisis hit,” he says.

Majali took the helm in April, at the same point as travel restrictions in Jordan began to ease. The airline began operating flights to the USA and Middle East, adding more capacity into Europe in July and August. The airline is now back to about 70% of pre-crisis capacity.

“Generally we are happy about what we achieved. Last year we lost JD162 million [$228 million]. This year we budgeted for a loss JD120 million. We kept pushing that down. Our final budget was JD95 million. We will probably end the year with a loss of less than JD80 million. So we will be south of 50% of the losses from last year.

“Next year we are predicting a loss but again we are trying to halve the losses and hopefully we will get to a break-even situation in 2023,” he says.

Majali notes the airline has been hampered by the rise in fuel prices, increasing costs just at the time passengers are returning.

It means fuel costs, together with uncertainty over continued the trajectory of Covid travel restrictions, remain key concerns for the airline over the winter.

“We don’t want to go back. We have seen signs around the world that people are panicking again, reimposing the same thing they did at the time, in spite of the fact we have learnt the lesson plus vaccinations have come in,” he says.

Longer term Majali, who previously left the airline in 2008, sees the chance for Royal Jordanian to return to growth mode.

“Royal Jordanian unfortunately over the last 10 years has not grown,” notes Majali, citing the impact on travel demand because of conflicts in the region.

“The opportunity, as the region has quietened down, is to re-engage again. Royal Jordanian despite its size and challenges, is still one of the dominant carriers in the Levant region. So we are trying to reinvest in that, take a negative situation that has been there for the past 10 years and turn it into a positive opportunity.”