Thanksgiving travel surges on busiest day for US airlines

The surge in air travel for Thanksgiving is cresting for US airlines as more than 48,000 flights are scheduled for 22 November, the expected high point for the week, according to the US Federal Aviation Administration.

Hubs in the Northeast USA are expected to strain under the increased traffic, as the FAA warns of possible delays at Boston Logan International, Newark Liberty International, JFK International and LaGuardia airports.

The second-busiest travel day is projected to be 27 November, the Sunday following the holiday, the FAA says.

United Airlines says 27 November will be its busiest travel day since the Covid-19 pandemic began, anticipating more than 460,000 passengers. 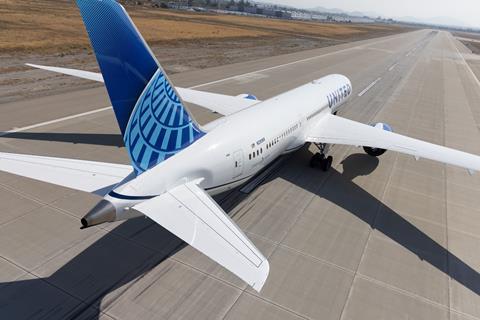 “We expect 28.4 million people to travel during the 13 days beginning November 17,” says investment bank Cowen, which notes that the historical travel period for Thanksgiving has been elongated in recent years.

“The ability to work from anywhere is enabling people to travel on days when air fares might be lower than they are for the two or three peak days around the holiday,” Cowen says.

US airlines “should benefit” from the strong holiday travel demand, Cowen notes, particularly as the firm anticipates a resurgence in international travel this holiday season.

American Airlines is expecting to move some 6.8 million passengers during the Thanksgiving holiday period, which the airline defines as 17-27 November. The carrier has more than 66,000 scheduled flights and an average of 5,000 daily departures across its network. Its busiest travel day is expected to be 27 November, with about 5,500 flights scheduled.

United is also expecting robust holiday traffic, estimating that it will move more than 5.5 million passengers between 18-30 November, up 12% from last year and nearly the same number of travellers as pre-pandemic 2019.

“To put that in perspective, this is nearly twice the number of travelers who are flying with us on an average week in November,” United says.

Winter travel demand may lag 2019 levels, however, with a 21 November Bloomberg Intelligence report warning that US air travel bookings had declined in October – always a relatively slow month for air travel – “as consumers feel pinched”, the report says.