UK and Ireland do not have infrastructure for staycations: Ryanair chief

People staying within the UK and Ireland for holidays is unlikely to be a threat to the recovery of outbound leisure travel from those markets, in the view of Ryanair chief executive Eddie Wilson.

Speaking during a Routes Reconnected event today, the head of the Irish carrier’s mainline operation suggested that so-called staycations “will all be forgotten about” when destinations such as Spain and the Greek Islands open up again.

Rather, Wilson says that most tourists coming to the UK “go to London and you try and drag them up to see Stratford-upon-Avon for Shakespeare or whatever [but] that’s about as far as they go”.

Asked about the bullish outlook for staycations communicated today by UK hotel chain Premier Inn, Wilson describes the company’s product as “fantastic” but adds that few people will “go to Premier Inn in Southampton for their holidays”. 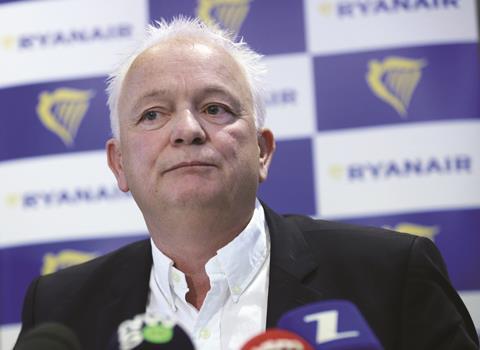 Wilson sees opportunities for domestic UK flights, but only if APD is cut

Of opportunities for domestic UK flights, however, Wilson does see an opening for Ryanair, “if the CAA or the government do something with APD”, he says in reference to the Air Passenger Duty applied to tickets.

Describing the “huge potential for more connectivity within the UK for people to get around”, Wilson notes that Ryanair “can respond” to that demand, should the conditions be right.

“We’ve heard some rumours that they are going to cut the tax or cut it in half, and certainly we would look at that in conjunction with the CAA,” he states. “We’ve got the set-up already with Ryanair UK and we hope to do something there.”

Wilson clarifies that such a move would not be because of “overwhelming staycation pent-up demand”, because “none exists”.