Industry body IATA has been calling on regulators to ease slot rules over the summer season to ensure airlines do not have to fly empty aircraft to retain their slots for the following summer. IATA says 43% of all passengers depart from the more than 200 slot co-ordinated airports.

In a statement Shapps said he has written to the UK slot co-ordinator today asking them ”to explicitly take in to account the implications of flying empty planes on the UK’s environmental commitments in reaching decisions on slot alleviation in relation to coronavirus”.

ACL had yesterday said it was monitoring the situation, including its position in relation to possible alleviation for carriers under EU and Worldwide slot regulations guidelines.

”ACL will give alleviation from non-use of slots to and from UK and EU airports in line with Government travel advice and guidance from the European Commission which so far specifically covers slots for flights to/from mainland China and Hong Kong,” it says.

”We are aware that IATA has asked the European Commission and other regulators to provide widespread alleviation for the rest of Winter 2019 and for Summer 2020.

”European coordinators including ACL have agreed that it must be for the Commission to propose a specific Regulation – as happened in 2002 after 11 September, in 2003 after SARS and the Iraq War and in 2009 after the financial crisis – to provide such alleviation, as we can’t do so within the provisions of the EU Slot Regulation as it stands.”

”At airports outside the EU and the UK we are granting alleviation on similar lines and will consider wider alleviation along with other coordinators and regulators.”

Shapps disclosed he had written to ACL as part of a wider response the transport minister issued folowing the collapse of UK regional carrier Flybe. The latter entered administration in the early hours of 5 March, citing the impact of the coronavirus on demand the carrier a final blow, and the UK government came under fire in some quarters for allowing the airline to fail.

Flybe’s backers had been in talks with the government since January and the government undertook a review of regional connectivity and air passenger duty. 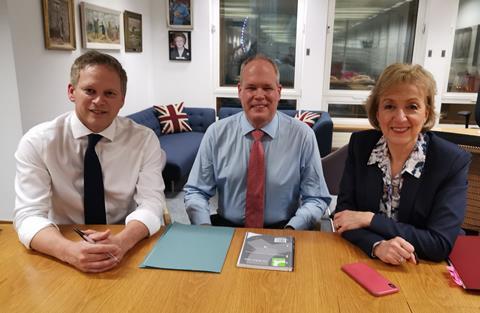 ”Since then, we explored multiple options with Flybe’s shareholders to find a solution, but the directors decided it was not viable to keep Flybe operating,” says Shapps. ”Unfortunately, in a competitive market companies do fail, but it is not the role of government to prop them up.

”We are urgently working with industry to identify opportunities to re-establish key routes, and have spoken with airlines and airports today to emphasise this. We are pleased to see that airlines have already committed to operating a number of these routes in the near future.

”Globally, aviation is facing challenges due to the impact of coronavirus,” Shapps says. ”The government is well prepared for this. As the wider economic picture becomes clearer, the [UK] Chancellor has said that he stands ready to announce further support where needed.”