Development of Stratos Aircraft’s 714 personal jet is gaining pace, with manufacture of the second test aircraft now underway in Redmond, Oregon, in preparation for its maiden sortie in mid-2018.

The milestone comes as the start-up prepares the single-engined jet for its first outing at the world’s largest business aviation industry gathering, the National Business Aviation Association's convention, which will be held on 10-12 October in Las Vegas, Nevada. The 714's appearance at the show will come three months after it made its international debut at the AirVenture general aviation expo in Oshkosh, Wisconsin.

By showcasing the four-seat, high-performance aircraft at these leading events, Stratos hopes to drum-up interest and attract investment in the programme, for which it is seeking more than $100 million to bring to market. 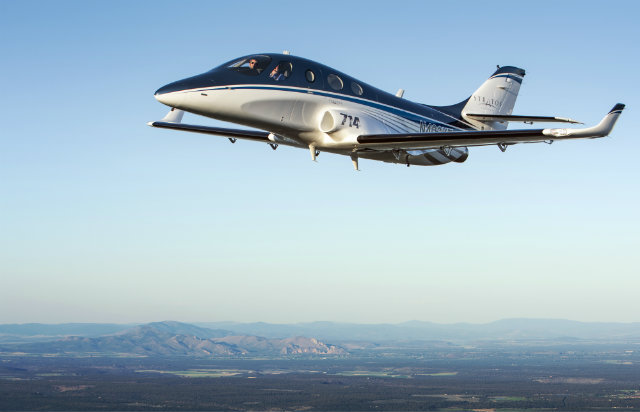 Cabin pressure testing is scheduled to begin at the end of the year, once the aircraft has been cleared to fly at 28,000ft, Stratos adds.

“Sometimes we have to take a step back and realise where we are today compared to just a year ago,” he notes. “We’ve learned so much from flight tests [and] feedback from the public has been positive and enthusiastic.”

The 714 is projected to have a cruise speed of 400kt and a range of 1,500nm (2,780km). It is pitched against the Cirrus Vision Jet – currently the only Part 23 certificated single-engined jet on the market, the Embraer Phenom 100 entry-level twin, and the Daher TBM 910/930 and Piper M600 turboprop singles.