Following the recent publication of our World Air Forces directory for 2015, our Top 10 feature looks at the most popular military aircraft types currently in operation around the globe. Once combined, our selection accounts for just over 17,000 of the almost 52,000 combat, special mission, tanker and transport aircraft, helicopters and trainers recorded as being in active use in 160 nations; roughly 33% of the total fleet. Data contained within the 22-page listings section of our directory is sourced from Flightglobal’s Ascend Fleets and MiliCAS databases. Download your free copy here. 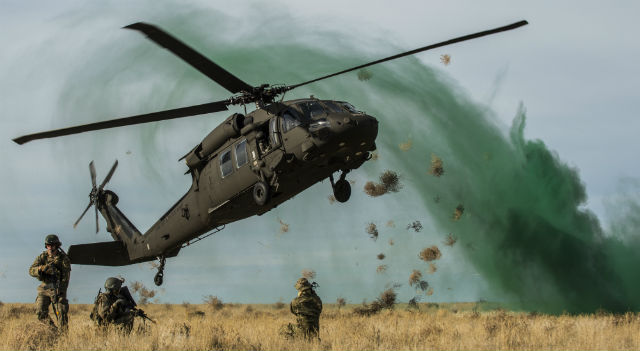 As with several of our other entrants, the large majority of S-70/UH-60-family rotorcraft in current use are assigned to the US armed services: the US Army has more than 2,150 and the US Navy some 495. Given its domestic and international sales success with the Black Hawk and Seahawk – which in total are flown by 23 countries – Sikorsky has modestly nicknamed the type a “Modern Legend”. 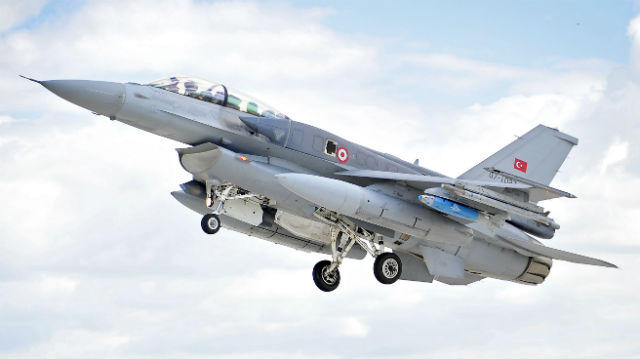 Still in production while its manufacturer increases the annual build rate for the fifth-generation F-35, the F-16 remains the world’s most popular fighter. When Iraq took delivery of its first of a currently ordered 36 last June it became the 28th nation to have taken receipt of the single-engined type over the programme’s 40-year life. Work for Iraq, plus Egypt and Oman mean that the F-16 production line will remain active in Fort Worth, Texas until at least late in 2017. Of our global fleet total, 2,242 are combat aircraft and the remainder trainers. Turkey has 241 C/D-model examples. 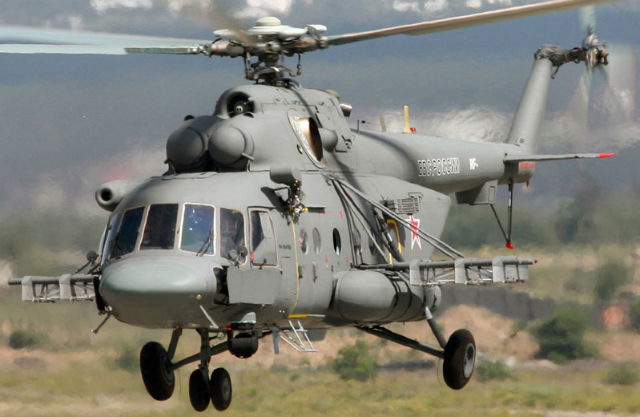 Another ubiquitous transport helicopter fills our third place slot, with the Mi-8/17 family having been developed by Russia’s Mil design bureau. Our data shows that 78 of our 160 listed nations count at least one variant of the type within their inventories. At 518 examples, Russia’s military examples represent just 21% of the global fleet. 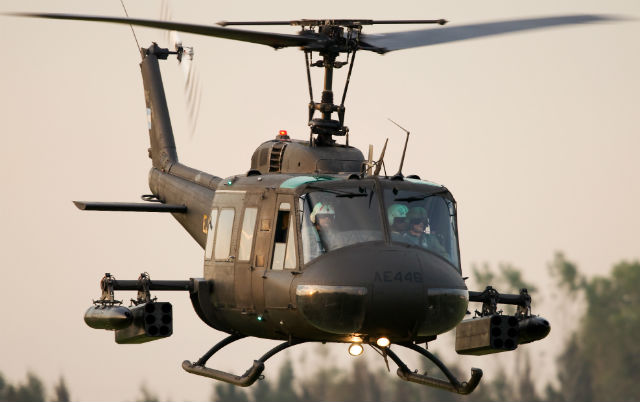 Universally known as the “Huey”, Bell’s UH-1 remains in widespread service, and is flown by 36 countries; primarily in the H model. Our pictured example is from the Argentinian army, which has 47. Adding the manufacturer’s twin-engined 212 and 412 derivatives accounts for 356 aircraft from our total. 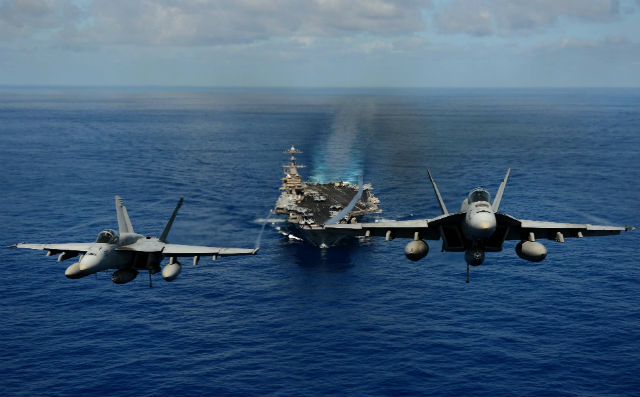 Now nearing the end of its production life, with a limited orders backlog still in place for the F/A-18E/F Super Hornet and EA-18G Growler variants for the US Navy and Royal Australian Air Force, the F-18 family is today flown by six other nations: Canada, Finland, Kuwait, Malaysia, Spain and Switzerland. Combined, the USN and US Marine Corps account for 1,169 of our total Hornet-series listing. 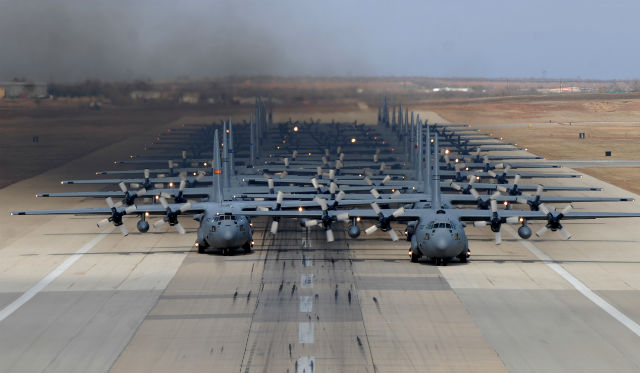 First flown 60 years ago, the C-130 Hercules set the benchmark for tactical transport operations around the globe when it entered use. Transport, tanker and special mission versions of the C-130J continue to roll off Lockheed’s Marietta line in Georgia for the US military and international operators, while a successor for the civilian L-100 named the LM-100J is also in development. The US military has 549 of our total listed aircraft, while C-130s are also flown by 64 other nations. 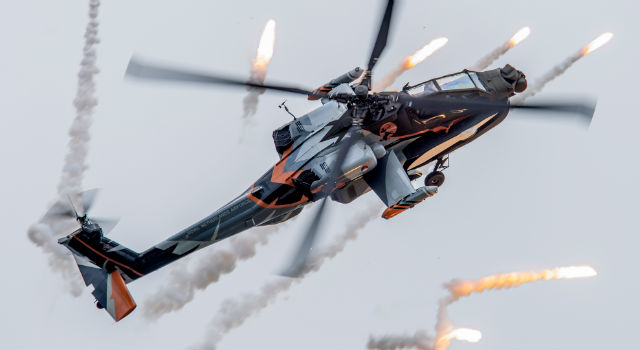 The Apache attack helicopter is now in production in its latest E-model version, which the US Army has named the Guardian. Along with D-model Apache Longbows, the service currently has 756 AH-64s, with the type also planned to assume its armed aerial scout mission on the removal of its single-engined Bell OH-58 Kiowa Warriors. In all, 12 nations operate the Apache, with the UK having the second largest fleet, at 65. Our image shows one of the Netherlands’ 29 examples during an aerobatic display. 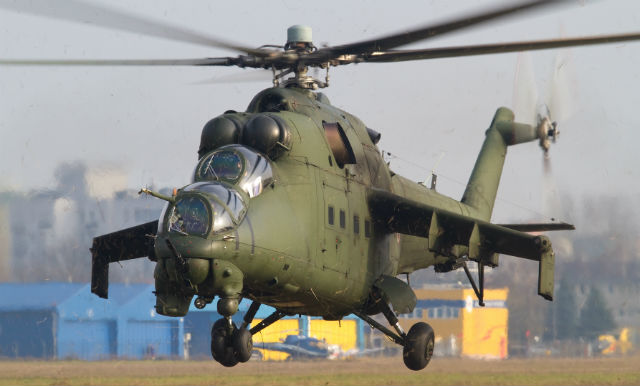 The Soviet-era Mi-24/35 “Hind” remains a formidable assault helicopter for a current 54 nations, with Russia’s armed forces operating 310. Poland is currently running a competition to replace its remaining examples, with the Airbus Helicopters Tiger, Bell AH-1Z and Turkish Aerospace Industries T129 expected to be in contention. 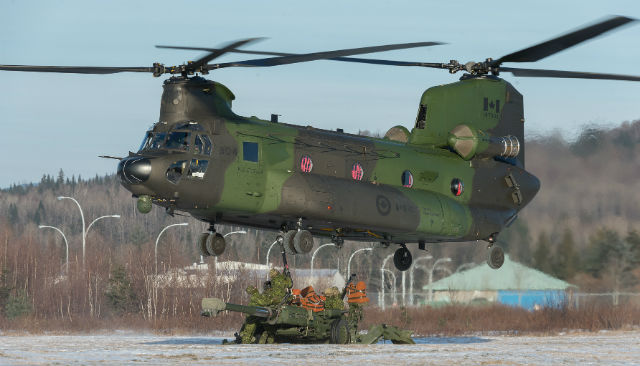 As with Boeing’s AH-64 Apache, the CH-47 Chinook is flown in large numbers by the US military, which has 534 in use. Another 16 international customers operate the other 348, with F-model deliveries now having being made to the US Army, plus Canada, Italy, the Netherlands and the United Arab Emirates. 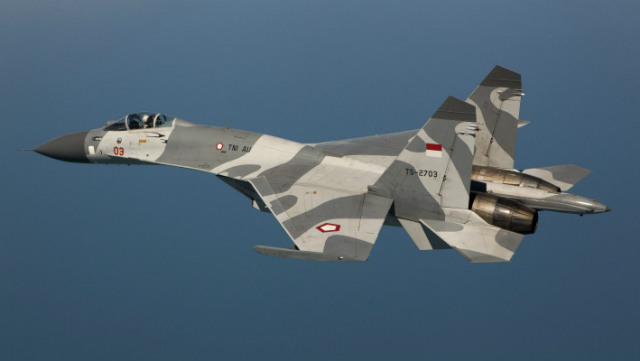 One of only three combat aircraft types to make our Top 10 listing, Russia’s Su-27 family of fighters is in use in 15 countries, with Indonesia having 16. The Russian air force and navy account for a combined 326 of the in-service examples, A confirmed order backlog for a further 159, including of the advanced Su-35, mean the type will be in production for several more years, while Sukhoi completes the development of its fifth-generation T-50/PAK FA.