Switzerland prepares for next attempt at fighter replacement

A second effort is about to begin that will pave the way for Switzerland to acquire a new fighter, following the rejection of a planned Saab Gripen purchase after a referendum in 2014.

The Swiss public rejected the government’s proposed buy of 22 Gripens to replace the nation's Northrop F-5s two years ago, but defence minister Guy Parmelin announced on 24 February a preparatory period is due to begin that will kick off the fighter acquisition again.

The government says, following the launch of preparation work by the federal department of defence in “spring 2016”, a study into the acquisition of a new fighter will be submitted to parliament in 2017. 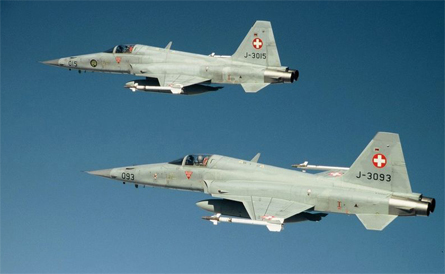 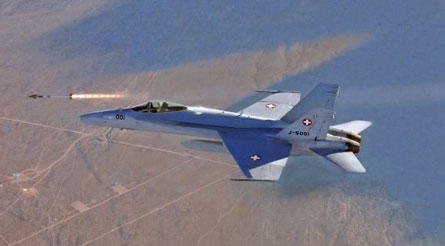 The government says while the earlier deal for the Gripen E was rejected, the need to replace its F-5s remains, and the delay in acquisition has added the extra concern of what will happen when Bern’s 31-strong F/A-18 fleet needs replacing.

“[The F/A-18], although technically up to scratch, is inevitably nearing the end of its expected useful life, in 2025,” the government says. “If this deadline should be extended five years, an estimated Swfr500 million [$504 million] should be invested.”

The government says, in line with current planning, the type selection of a new aircraft will be in 2020, with deliveries beginning in 2025.

Flightglobal’s Fleets Analyzer database shows the Swiss air force’s F/A-18 fleet to be between 16 and 18 years old, while the F-5 fleet is 37 years old.