The 737 Max grounding that followed two fatal air crashes has cast a shadow over Boeing’s presence at AIX 2019. Even the unveiling of the manufacturer’s new flagship – the 777X – on 13 March was a scaled-down viewing for employees, rather than the grand media occasion originally planned.

However, with the 777-9 due to fly in the second quarter, and orders for around 316 aircraft across the two 777X variants, the large twin is the focus of Boeing’s presence at Hamburg, with the manufacturer giving attendees a glimpse of what the cabin will look like for the first time. 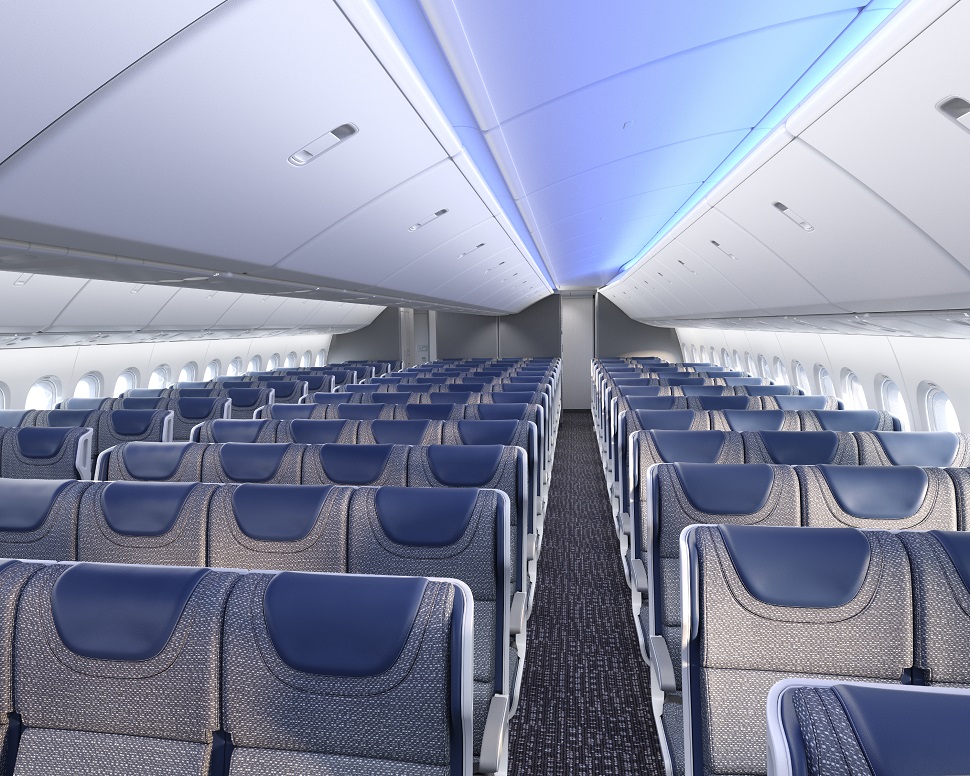 The interior, says regional director, cabin experience and revenue analysis Kent Craver, adopts several of the elements that have proven popular with passengers and airlines on Boeing’s last all-new widebody, the 787. “The 777 was already a great airplane and a favourite with those who fly on it, but the 787 added a whole lot in terms of passenger psychology,” he says. “When it came time for the 777X, our customers were very clear, telling us: ‘You changed the game with the Dreamliner. We want you to do it again.’”

The “look and feel” of the 777X will be “completely different” to the original airliner that rolled out almost exactly 25 years ago, according to PJ Wilcynski, Boeing’s payloads chief architect. One of the major changes is the design of the luggage bins and ceiling. Concave bins and a “different arc of ceiling” will help “create spaciousness” and “shake up the tube effect”, he says. In addition, a more flexible configuration will mean airlines will be able to adapt the design for their premium cabins more easily than on the current 777, he says.

Wilcynski says Boeing has been working with its customers on the design of the large twin-aisle airliner since before its launch in 2013. “Around 2011 or 2012 we were talking to airlines about our next step with the 777 just as we were coming off the 787 [design effort]. We built a 40ft [12m] cabin mock-up and it looked spectacular, with LED lighting and everything we’d learned from the Dreamliner,” he says. “We brought 25 airlines in and, while their response was favourable, they said we could do better. They were pushing us to that step further. 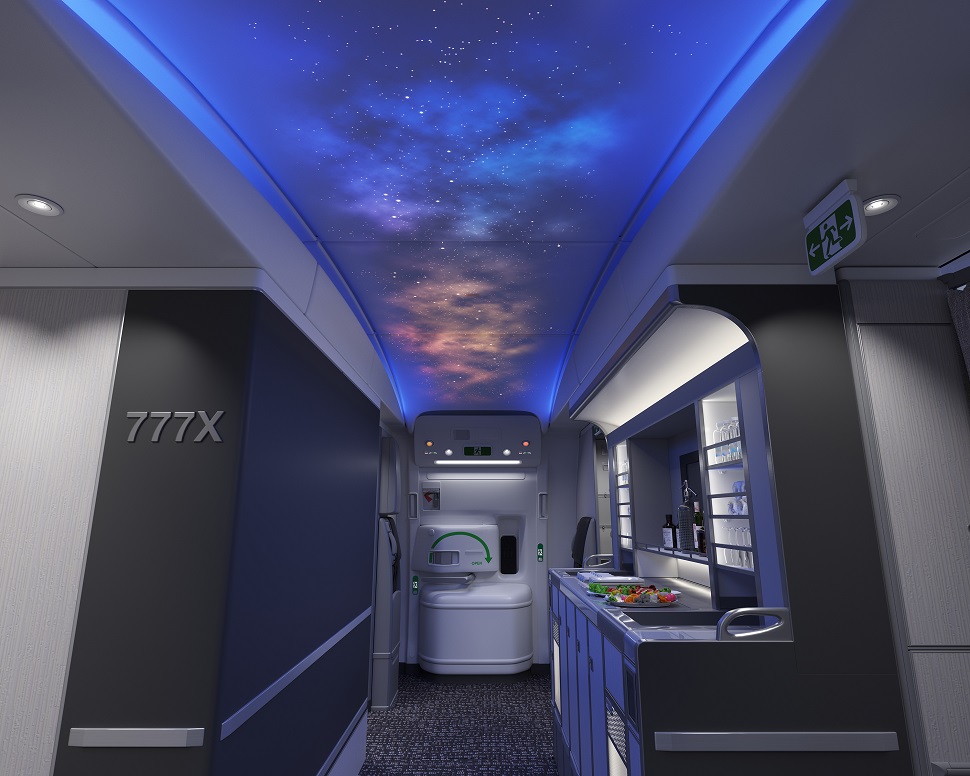 That was the stimulus, says Wilcynski, for “advancing some of the concepts we had been working on quietly in product development. We showed them some of these concepts a year later and this really got them excited. They told us that what we were doing was incredible.” These changes included “multiple sources of lighting to emphasise the feeling of spaciousness”, he says. The additional lighting also gives carriers the chance to “create moods for different phases of flight”. 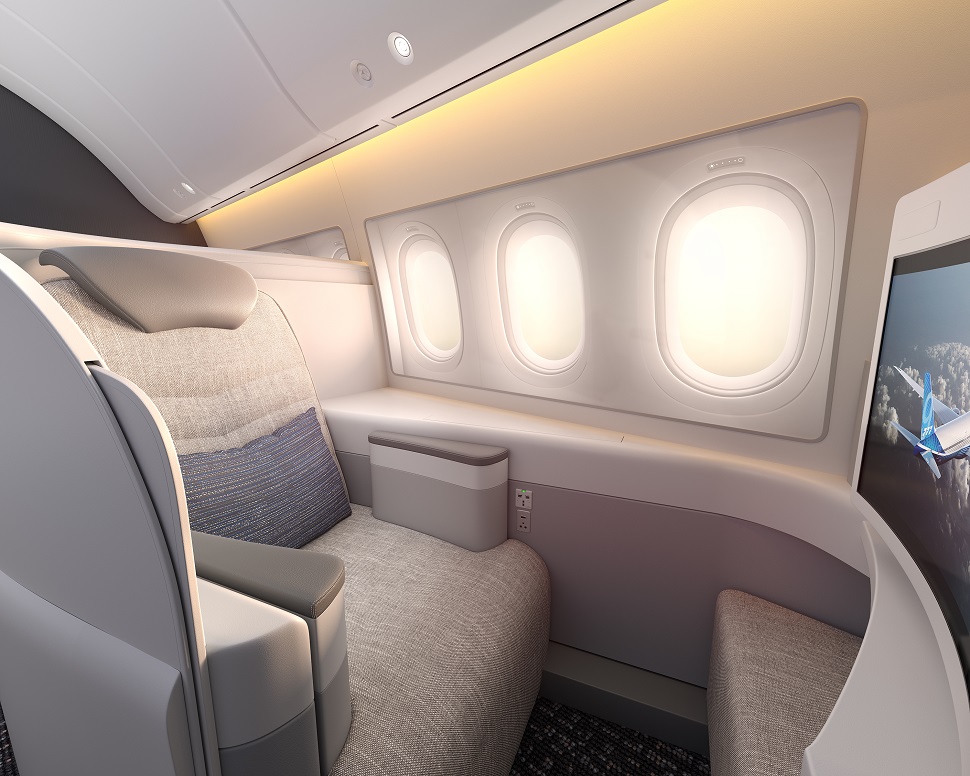 Another major difference when it comes to customer wellbeing is windows that are 16% larger than on the legacy 777, and only slightly smaller than the 787’s. “When we did our research, we discovered that there was an overwhelming desire of passengers to be able to see the horizon,” says Craver. “There are very large windows on the 787 and that was a step we could do with a composite fuselage. On the [largely metal] 777X that was not so straightforward. But they are large enough that even in the centre section of the aircraft, you can have views.”

The flexibility of the 777X architecture in terms of the luggage bin layout will also prove to be a major plus, predicts Craver. “We have always had airlines who want to customise the interior, but don’t because of the high cost. Now with the 777X they will have the ability to have a custom interior without having to go through detailed customisation,” he says. “Airlines will have the ability to create different experiences for their passengers in different cabins. It’s the first time this has been available off the shelf and I’m excited to see how airlines will take advantage.”