The power system differentiates the company's conceptual five-passenger aircraft, called Skai, from other high-profile battery- and hybrid-powered designs unveiled in recent months. Alaka'i's concept is unique because many concepts for eVTOL aircraft would be fully or partially powered by lithium ion batteries, a market-proven but imperfect battery chemistry.

Designed by Alaka'i in partnership with BMW Group's Designworks division, Skai will eventually be capable of carrying up to five passengers and performing missions such as disaster recovery and medical flights, says Alaka'i, which takes its name from the Hawaiian word for "leader". 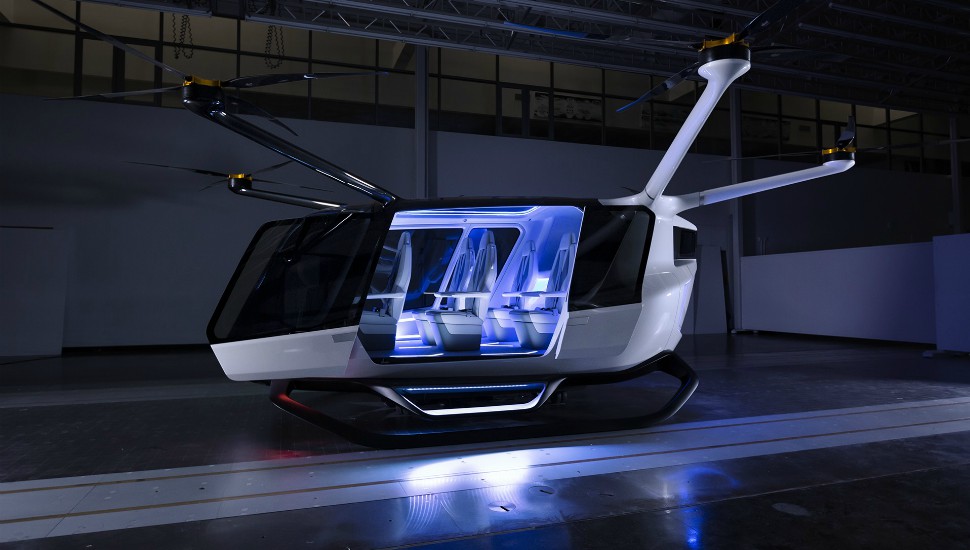 "We are moving swiftly and have developed applications for immediate testing and use this year. Our best estimate is Skai will be in practical use in the year 2021," says Alaka'i co-founder and chief technology officer Brian Morrison.

Skai likely will first perform non-passenger missions, with full certification from the US Federal Aviation Administration to follow, he says.

Skai will initially have one pilot and carry four passengers, but the company envisions the design evolving to a fully autonomous, five-passenger aircraft.

The conceptual aircraft's three fuel cells will generate electricity needed to power six motors, each of which will drive a single lifting prop. The company calls the hydrogen fuel system safe and environmentally friendly.

The aircraft's systems will generate hydrogen by stripped it from water in a process called electrolysis.

Fuel cells use an electrochemical reaction to break hydrogen molecules into protons and electrons. The electronics travel through a circuit, creating electricity, then reunite with the protons and with oxygen to create water and heat, according to the US Department of Energy.

News of Skai's development comes as other companies have unveiled eVTOL concepts. But many of those designs, like Volocopter's 2X, use battery power, while others, like Bell's Nexus, will have hybrid electric systems.