Collins Aerospace and Thailand air services provider Aerothai have entered a deal to provide an enhanced wireless connectivity system in the Asia-Pacific.

The US firm and the Thai government-owned enterprise signed the deal in Singapore, which involves the Collins GlobalConnect digital services product.

Aerothai was a partner with ARINC from the 1990s for the GlobalLink connectivity offering – GlobalLink was a forerunner of GlobalConnect. ARINC was acquired by Rockwell Collins, which is itself now a part of Collins Aerospace. 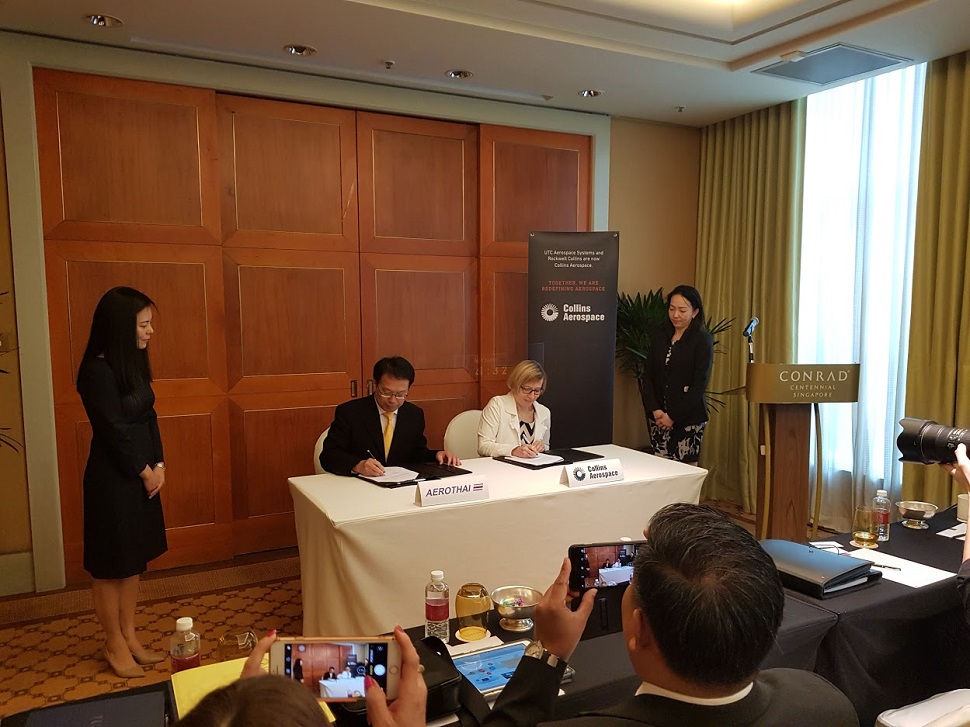 Initially, the system will be available for airlines operating the Airbus A320 and A330. Collins claims that it’s the only system that can handle multiple data links such as legacy satellite communications, broadband satellite, wi-fi, and cellular.

This means that airlines no longer need to manually download FOQA and MOQA data when the aircraft is on the ground. This improves safety, ease maintenance, and enhances performance data monitoring.

In question and answer session, Enel-Réhel said that discussions are also underway in countries such as Singapore, China, and Japan regarding GlobalConnect, but did not provide timelines as to when these deals could be concluded.

She also touched on the issue of data ownership. Given the increased importance of data in modern airline operations, some airlines are concerned about sharing too much data with manufacturers and suppliers.

“The more we collect data, the more powerful service we can bring back to the airlines,” she says.

“It depends on finding the right balance between the airline’s willingness to share, and ultimately the level of service they are looking for. Some airlines will want to keep the data because they think this is a way for them to differentiate, but other data they will be happy to share with the OEM or us, because they see the benefit of gathering from all the airlines, as it enhances the service they can get.”