Collins Aerospace has partnered with airship maker Hybrid Air Vehicles and the UK’s University of Nottingham to develop a 500kW (650hp) electric propulsion system for the Airlander 10 airship.

Hybrid Air has been working to start production of the Airlander 10 airship, which it markets as both a passenger-carrying aircraft and a heavy lifter.

“Our role within the programme is to push the electric machine forward,” he says. “This fits with Collins electrification strategy.”

Collins, a division of United Technologies, aims to deliver the motor within three years to the University of Nottingham, which is developing the system’s “high-power-dense” converter, Holme says.

The system will be ground tested at Nottingham’s facility, and Bedford, UK-based Hybrid Air will provide higher-level support.

The partners hope their work will create a prototype that can then be produced and fitted to Airlander 10.

“The aim ultimately is [to]… replace the two front propulsion engines, which are gasoline, with electric,” Holme says. 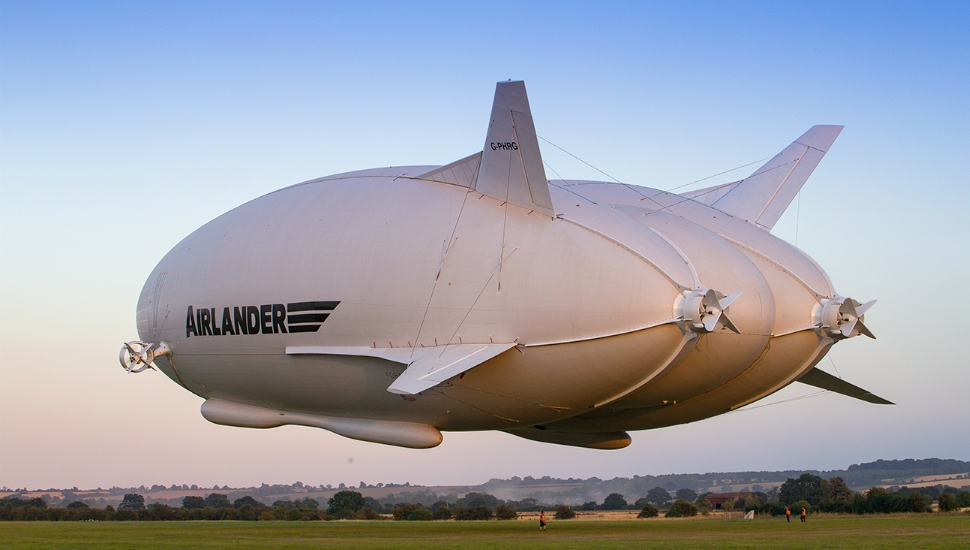 The project has won grant funding of more than £1 million ($1.3 million) from a joint UK-government and industry aerospace technology programme.

Hybrid Air describes Airlander 10 as a “hybrid” airship lifted both by the buoyancy of helium and aerodynamic thrust generated by air passing its hull.

The Airlander electric project will receive support from the Grid and benefit from UTAP’s work, says Holme.

For Airlander, Collins faces the challenge of developing a high-power-dense system that requires minimum cooling. Collins must also reduce the weight of cables required to transmit the system’s electric needs, which can be achieved by improving insulation and increasing voltage, says Collins vice-president of engineering for advanced technology Juan de Bedout.

Collins clarifies on 3 May its electric cable work will come in the future as part of other projects, not part of Airlander 10 work. Future aircraft electric systems will have greater power ratings, necessitating improvements in cable weight and insulation, it says.