Some old planes in Canada may be getting very new engines, and could become the first electric-powered passenger aircraft.

The Vancouver-based company intends by November to achieve first flight of a Beaver powered by a Magnix magni500 electric motor. The lithium-battery backed system will throw off 750hp (559kW).

"That's totally doable because the technology required is there today," Harbour founder and chief executive Greg McDougall tells FlightGlobal. "It's sitting there on the shelf. There's no regulatory impediments."

The flight will kick off development and testing, as the company seeks regulatory certifications from either the Federal Aviation Administration or Transport Canada – whichever agency has a clearer path toward electric-aircraft certification, he says.

McDougall estimates Harbour will receive required approvals and begin passenger flights one to two years after the first flight.

"The opportunity to ride in an all-electric airplane, the first in the world, is a pretty big seller," he says. "I've been interested in disruptive technology for a long time, which is kind of ironic considering the age of the aircraft we operate."

Indeed, some of Harbour's Pratt & Whitney R-985 Wasp Junior-powered Beavers were manufactured in the 1950s, according to Cirium's Fleets Analyzer. 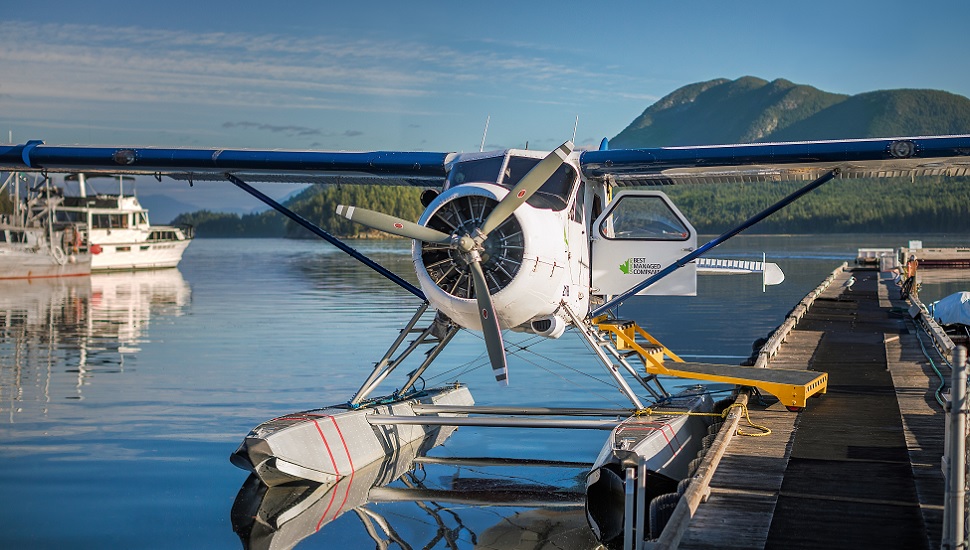 A Harbour Air Beaver at docked at Sechelt, British Columbia

Harbour's plan comes as major aerospace players invest in electric and hybrid-electric passenger aircraft concepts. In 2017, for instance, JetBlue Airways and Boeing helped back Zunum Aero, which is developing a 10- to 50-seat hybrid-electric aircraft.

But McDougall says Harbour has something others do not: flight routes ideally suited to existing electric-engine technology.

The company operates a network of 12 short hops from Vancouver, with flights averaging about 30min, says McDougall. Destinations include Seattle Whistler, Victoria and elsewhere along coastal British Columbia.

Those routes are perfect for the magni500 propulsion system, which will have power enough for 30min flights and 30min reserve flying, he says. The engine provides more than enough power for Beavers and "basically mimics" the horsepower of the PT6.

FlightGlobal could not immediately reach Magnix for comment. The company has offices in Seattle and Australia.

After flights, Harbour will need to charge the batteries or swap in fresh battery packs. But McDougall notes lithium batteries charge quickly, limited only by the amount of "amperage you can throw at them".

"The moving parts are infinitesimal compared to what there is in a turbine or piston engine," he says of the magni500 system. "The maintenance is virtually nil."