Structural assembly of the aircraft, MSN1888, has been completed although it has yet to have its Rolls-Royce Trent 7000 engines fitted.

Airbus says the twinjet is undergoing installation of its flight-test instrumentation ahead of its maiden flight later this year. Its flight-test programme is set to last around 300h. 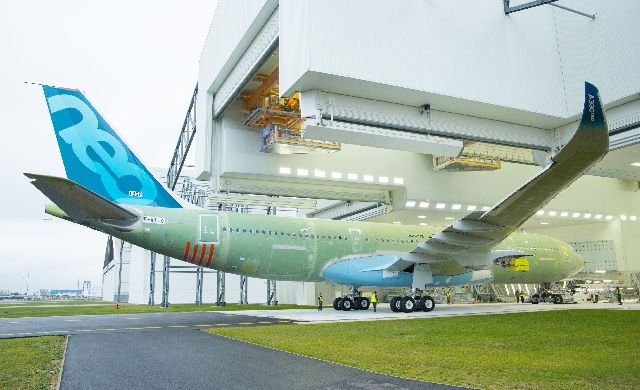 "This represents a very strong start to the campaign and confirms that the aircraft behaviour is in line with predictions," says Airbus.

The A330-900's envelope is fully open and high- and low-speed tests have enabled engineers to complete powerplant calibration.

Flutter and stall tests have been carried out and strake configuration has been frozen, says the airframer, while autopilot and autoland testing, as well as high-speed performance tests, have commenced.

The two -900s are set to undertake their respective hot- and cold-weather tests, as well as noise and icing tests, over the next three months as part of the certification campaign.

Airbus adds that the first 'Airspace' cabin interior has been fitted as A330neo production aircraft progress through the final assembly line.