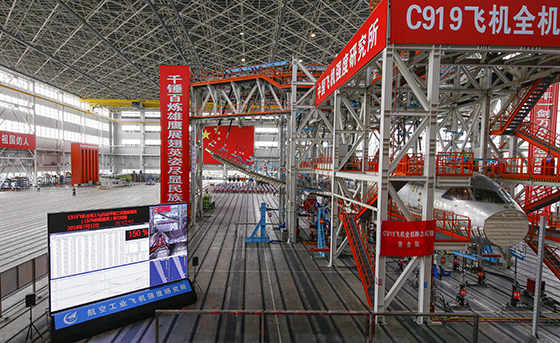 The company says the performance of the wing met expectations and validates the aircraft’s design.

It adds that the test reflected the ultimate load the wing is likely to bear just short of sustaining damage, and that it is likely to be nonrepeatable. Another test examines the aircraft’s limit load, which reflects the maximum expected load. 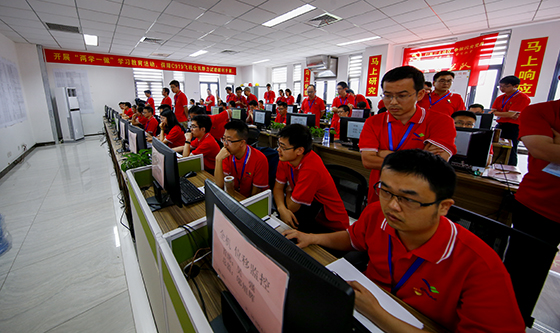 “This means that the C919 has entered a new stage of intensive research & development flight testing, officially launching a multi-site synchronous flight test mode,” says Comac. “This will allow for testing in various complex meteorological conditions, and a series of high-risk test flight subjects in the future.” 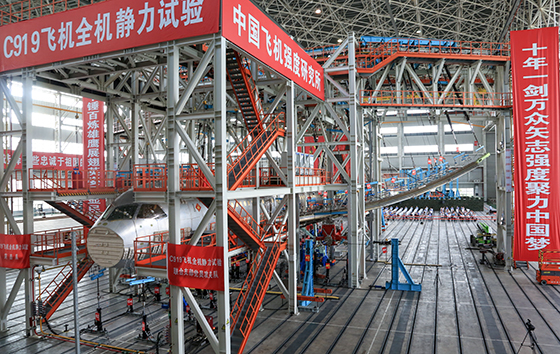 Initially the aircraft will undergo ground tests for systems such as its CFM Leap-1C engines, fuel system, power supply, and environmental control system.

All told, Comac’s flight test programme will use six aircraft for flight tests, and two for static tests.