The Embraer 190-E2 has made its debut at the Langkawi International Maritime and Aerospace Exhibition, with a fully equipped cabin for customer visits.

The aircraft is the fourth prototype of the E190-E2 and bears registration BR-ZGQ. Its nose bears a special shark “profit hunter” livery. 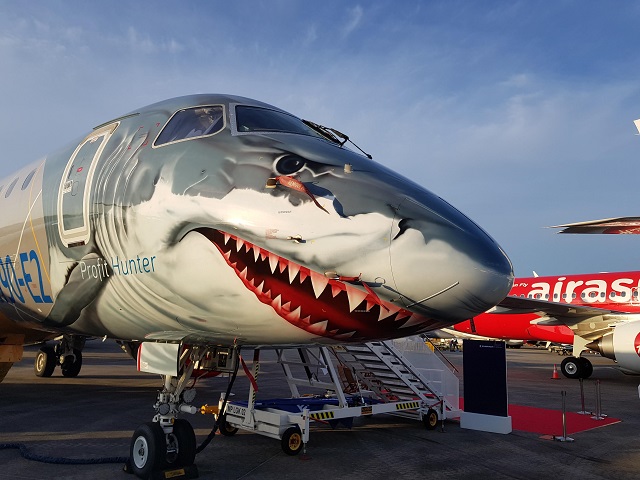 The aircraft is configured entirely with economy class seats, with seat pitches varying from 29 to 34 inches.

Embraer instructor pilot Joel Farmann says the re-engined type is very fuel efficient - Embraer advertises it as having around 17% lower fuel burn against the E1 series. Another difference he has observed is the E2's Pratt & Whitney PW1900G engines use considerably less oil than the General Electric CF34 engines powering the earlier versions of the jet. 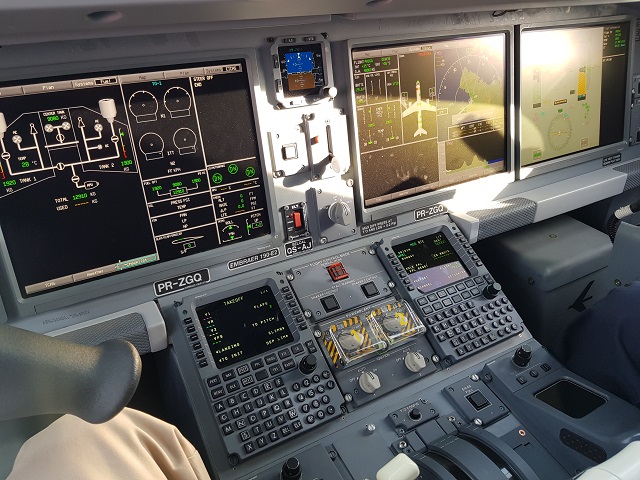 On a tour of the cockpit, Farmann programmed the 2,800nm Langkawi-Tokyo routing into the aircraft’s flight management system. This assumed a maximum takeoff weight of 56.4t, which includes a maximum fuel load of 13.6t and over 100 passengers.

Assuming ordinary winds and the lack of major flight diversions, the aircraft could conduct the service, with 30 minute reserve available at the end. Embraer’s sales brochure is somewhat more conservative, showing a range circle from Kuala Lumpur that reaches Seoul and Beijing to the north, Perth to the south, and Delhi and Male to the west. 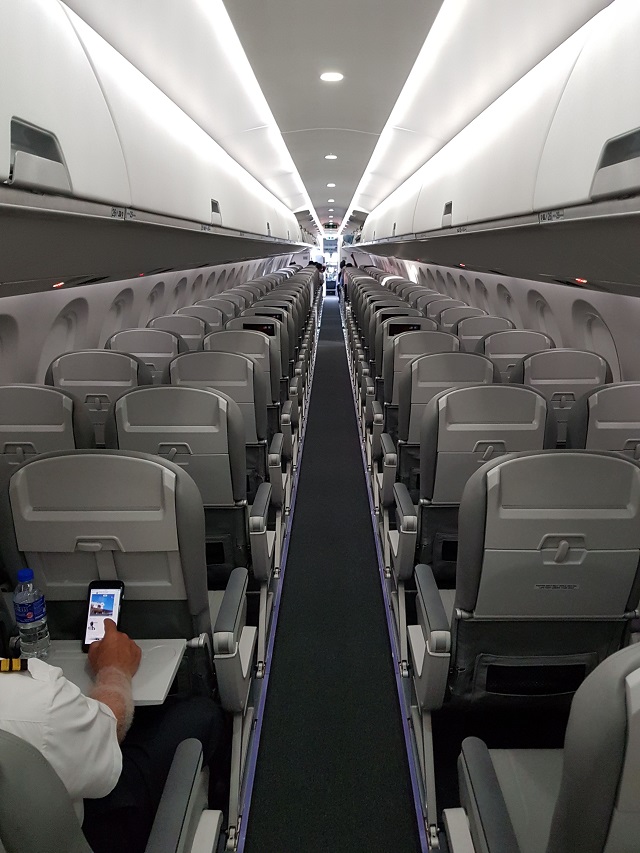 “We see a lot of potential for the E-Jet E2 family in Southeast Asia because of its low operating cost and the right capacity, which allow the airlines in the region to grow sustainably,” says Embraer vice-president Cesar Pereira. “The E-Jet E2 lineup is suitable for all business models from full service airlines to LCCs.”