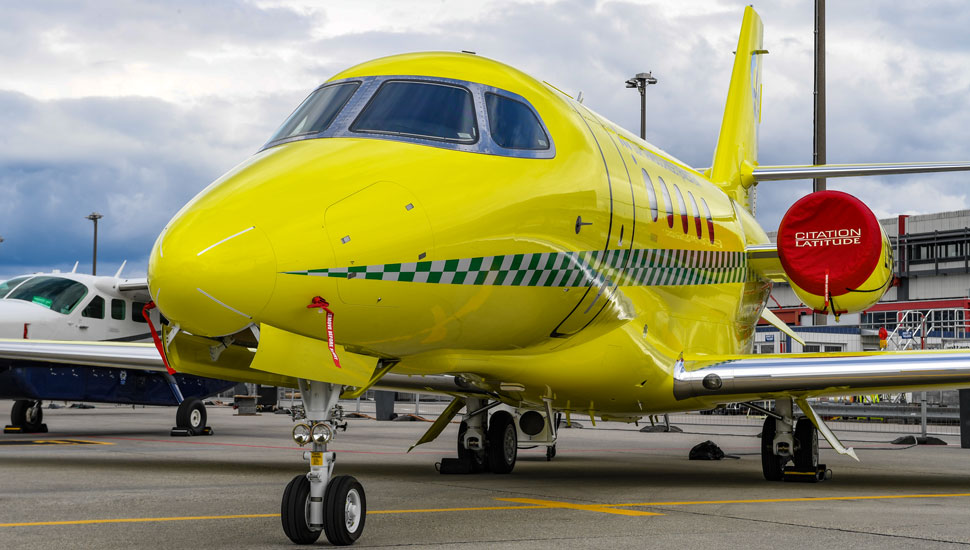 Textron purchased its interiors manufacturing site in 2015. As a result, it has improved the ability to develop and produce custom cabins for various special missions, says Rob Scholl, Textron senior vice-president of sales and marketing.

"We are pretty excited about the special missions business overall, worldwide," Scholl says. "We will be showing the Latitude and talking about [special missions] across all our products."

The yellow Citation Latitude is the first of its type in an air ambulance configuration and among 11 aircraft ordered by Babcock Scandinavian Air Ambulance. The other 10 aircraft are air ambulance-configured Beechcraft King Air 250 twin-engined turboprops. 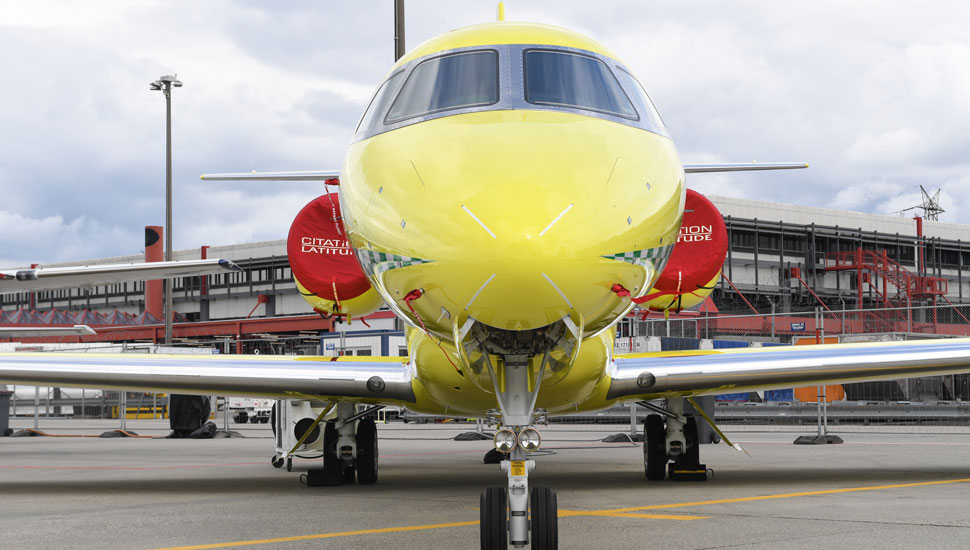 "We are excited about opening up that longer-range aero-medical platform," says May, noting tha the midsize Latitude's 2,700nm (5,000km) range makes it ideal for international medical transport flights. The Latitude has been in service since 2015.

"Everything is built for speed… It is well suited for the medical mission," he adds. "We are seeing good demand in the European theatre."

Textron sees special mission opportunities in the USA and Asia for Latitude and other aircraft such as the Longitude, which is nearing certification and the in-development Denali, Hemisphere and SkyCourier, the company says.

In addition to serving as air ambulances, its types can excel at surveillance and flight inspection missions, which involve testing navigational aids and airport approach systems.