Boeing's chief executive has acknowledged the company's responsibility to address risk posed by 737 Max software issues, which he calls one "link" in an event chain preceding two crashes that killed a combined 346 people.

In a video message posted 4 April, chief executive Dennis Muilenburg describes recent events as the most emotionally difficult in his career while vowing Boeing will eliminate the possibility of another similar incident.

"As pilots have told us, erroneous activation of the MCAS function can add to what is already a high workload environment. It's our responsibility to eliminate this risk," Muilenburg says. "We own it and we know how to do it."

"I cannot remember a more heart-wrenching time in my career," he adds. "We're deeply saddened by and are sorry for the pain these accidents have caused."

Muilenburg's comments follow the release earlier on 4 April of a preliminary report into the 10 March crash of Ethiopian Airlines flight 302, operated with a 737 Max 8.

Boeing says it is reviewing the preliminary report.

Officials say the Ethiopian aircraft crashed after flight control software pushed the aircraft's nose down. The pilots followed procedures laid out by Boeing and the Federal Aviation Administration to address such a scenario, they said.

"It's apparent in both flights the manoeuvring characteristics augmentation system, known as MCAS, activated in response to erroneous angle of attack information," says Muilenburg.

Airline accidents historically "are caused by a chain of events", he adds. "This again is the case here, and we know we can break one of those chain links in these two accidents." 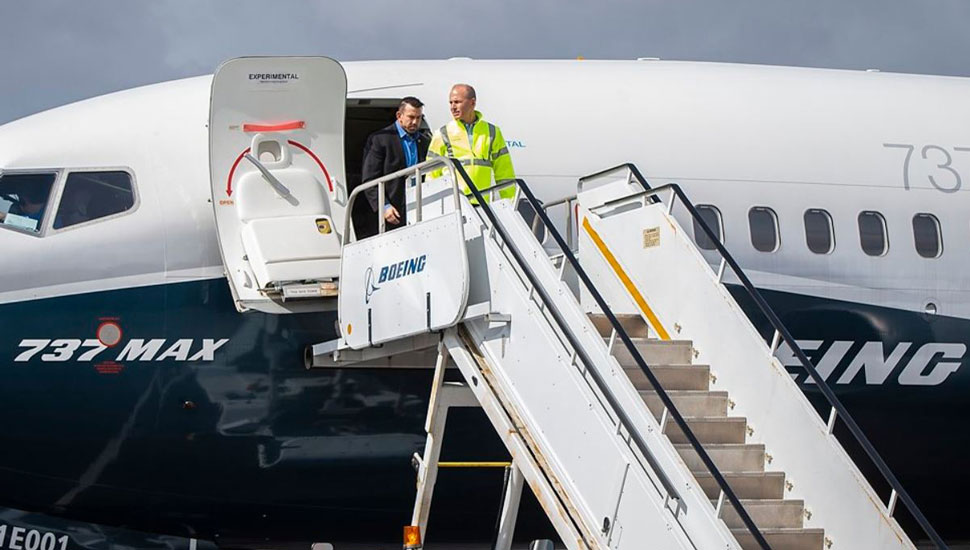 Boeing has been working on an update to the MCAS software since shortly after the Lion Air crash, and the update will "eliminate the possibility of unintended MCAS activation and prevent an MCAS-related accident from ever happening again".

The company has been "taking the time to get the software update right. We're nearing completion and anticipate its certification and implementation on the 737 Max fleet worldwide in the weeks ahead," Muilenburg says.

For all our updated coverage of the Ethiopian Airlines flight ET302 crash, visit our dedicated page.