Tornado could fly on into 2030s, partners say

Europe’s Panavia Tornado will remain in use as a relevant frontline asset for more than another 10 years, according to its programme partners, even though one of its main operators does not plan to retain the type beyond the end of the decade.

The multinational effort that led to the Tornado’s creation began in 1969, and partner nations Germany, Italy and the UK on 16 September formally marked the 40th anniversary of the variable geometry design’s first flight. Also present were senior representatives from the Royal Saudi Air Force: the only export customer to have introduced the model.

Staged at Airbus Defence & Space’s Manching factory, north of Munich, the event marked the debut flight of a first prototype aircraft from the site on 14 August 1974. A multinational production contract was signed two years later, and deliveries commenced in June 1979, continuing until Saudi Arabia took the last of a programme total of almost 1,000 examples in 1998. 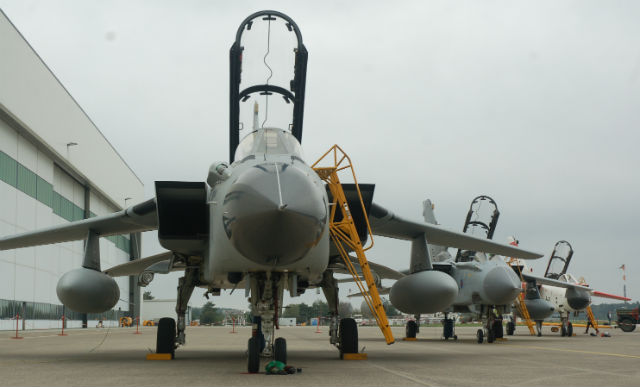 Germany and Italy intend to retain some of their Tornados until at least 2025, with Saudi Arabia also believed to be looking at a similar out of service date for its IDS platforms.

“I see the potential for more than just 10 years with this aircraft – the Luftwaffe and the Bundeswehr are looking at the possibility to fly even longer,” Germany’s vice chief of staff Lt Gen Peter Schelzig said at the event. 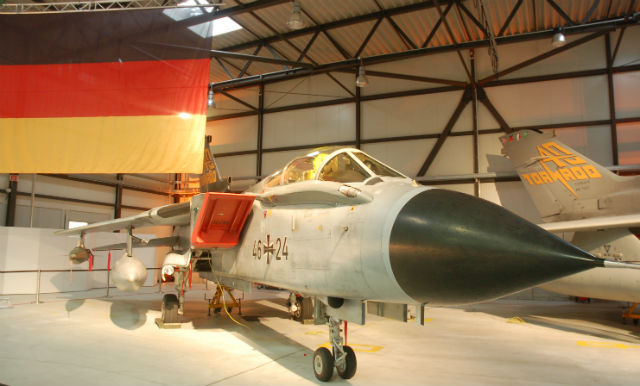 Airbus in March 2014 began using a new maintenance, repair and overhaul hangar at Manching. Capable of accommodating up to 20 Tornados, the structure represents an investment by the company worth €37 million ($47 million). Under current plans, 85 of Germany’s aircraft will be upgraded to the new ASSTA 3 operating standard while at the site.

Italy also aims to continue operations for at least “10 or 15 years”, according to chief of air force operations Lt Gen Maurizio Lodovisi.

Once the largest operator of the Tornado, the UK Royal Air Force is currently expecting to retire its last Tornado GR4s in the 2018-2019 financial year. The service currently has examples from each of its three frontline units deployed on operations in Afghanistan, Iraq and Nigeria.

“It’s one of the unfortunate things for all combat aircraft: they often get retired when they’re at their most powerful,” says AM Greg Bagwell, deputy commander (operations) at RAF Air Command. “We’d like to see it go further, but everything has its time.” 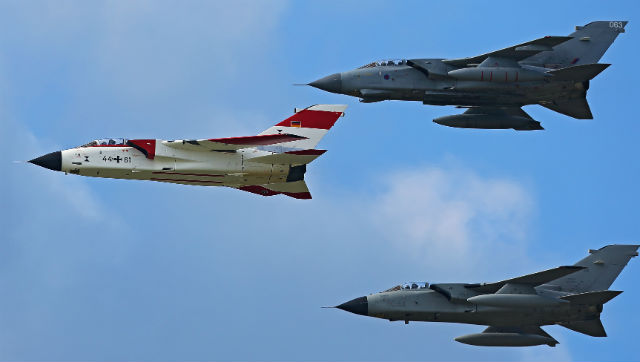 However, Graham Farnell, general manager of the NATO Eurofighter and Tornado Management Agency, counters this view. “Tornado continues to evolve today, and I believe we’re a long way from seeing the end of this platform,” he says.