The UK Ministry of Defence is investigating what caused a British Army AgustaWestland Lynx AH9A utility helicopter to crash in Afghanistan on 26 April, killing five of its personnel.

According to the MoD, the crash occurred during “a routine flight in Kandahar Province, southern Afghanistan”. Three Army Air Corps personnel from the Royal Air Force’s Odiham air base in Hampshire were killed, along with an RAF serviceman from the same site and an army reservist from the 3 Military Intelligence Battalion.

While investigation work continues, Maj Gen Richard Felton, commander of the UK’s Joint Helicopter Command, says the incident “would appear to have been a tragic accident”. 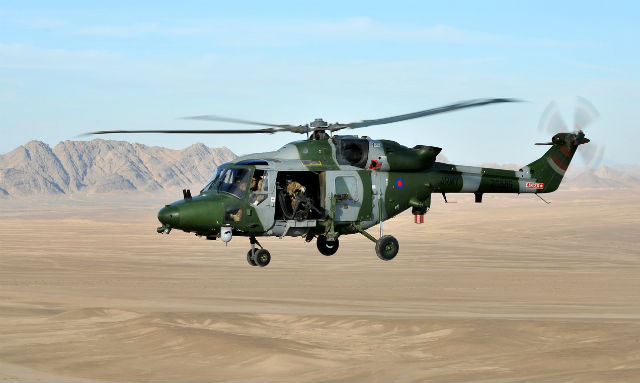 The crash is the second fatal aircraft loss for the UK armed forces in Afghanistan in over a decade of combat operations. Fourteen personnel were also killed in 2006, during a mid-air explosion involving an RAF BAE Systems Nimrod MR2 surveillance aircraft.

The loss is, meanwhile, the first to have involved the army’s upgraded Lynx AH9A – a model developed specifically to cope with the “hot and high” operating conditions encountered in Afghanistan. Performed by AgustaWestland by late 2011, modifications to the service’s previous AH9-standard aircraft involved replacing the engines on 22 rotorcraft with more powerful LHTEC CTS800-4Ns, also used with the new-generation AW159 Wildcat.

Flightglobal’s Ascend Online database records the Army Air Corps as having had 16 operational AH9As prior to the accident, with its six other rotorcraft listed as in storage.