The contract covers the purchase of a new variant of the weapon currently in operation with the Royal Air Force on its Panavia Tornado GR4s and Eurofighter Typhoons. Integration onto the F-35B will be covered under a separate contract, the Ministry of Defence says.

Announced on 16 August, the deal builds on a £300 million award to MBDA in September 2015 to support a Capability Sustainment Programme (CSP) for the development of the new variant of the weapon for the RAF’s Typhoons, and will add to the stockpile of a new common ASRAAM for the MoD. This will enter service on the Typhoon in 2018.

The F-35 is due to reach initial operational capability for land-based operations with the UK in December 2018, but the MoD plans to use the current ASRAAM missile on the Lightning II until 2022. The point at which the production lines will cross over from the older to the newer variant has yet to be determined.

Integration of the CSP version of the ASRAAM on the UK’s F-35s will come under the Block 4 software upgrade that the aircraft will undergo; it is currently in the 3i configuration, and will subsequently evolve to a 3F standard.

The first batch of the current ASRAAM variant was delivered to the USA in January, ahead of flight trials on board the F-35, supported by UK weapons integration lead BAE Systems.

The test examples were the first British-built missiles to be installed on the JSF, and are undergoing flight trials from NAS Patuxent River in Maryland and Edwards AFB in California. The RAF’s F-35B test and evaluation unit, 17 Sqn, is based at the latter location. 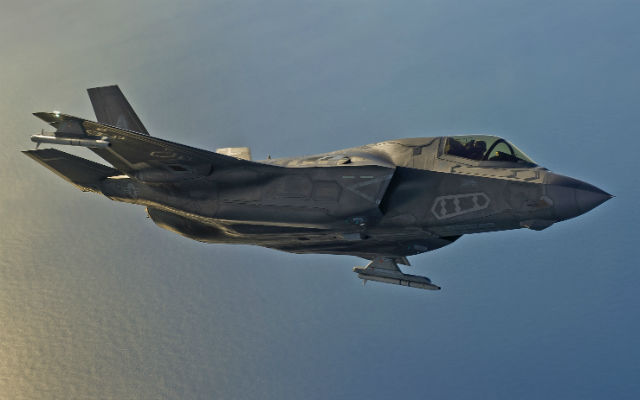 The ASRAAM is a short-range, infrared-guided missile capable of flying at Mach 3. Its new version will be manufactured at MBDA’s Bolton, Lancashire site. It has the same performance characteristics as the current configuration, but benefits from an MBDA seeker – a Raytheon one is currently used – that includes its own cooling system instead of using the aircraft’s.

It will also be easily upgraded through software changes that will enhance the image processing and algorithm performance, and components from other MBDA products – such as the Common Anti-air Modular Missile – will be introduced.

MBDA says the MoD will benefit from the cost savings associated with a new-build missile programme, instead of relying on refurbished weapons to support operations.

“The project to update the weapon and integrate it with the F-35 provides a clear example of the MoD and UK industry working effectively together to provide our armed forces with the best equipment possible.”