With only a few months to go before the results of its latest Strategic Defence and Security Review (SDSR) will be announced, the UK government is facing fresh calls to reinstate its military's lapsed maritime patrol aircraft capability.

Responding to questions in the House of Lords on 4 June, minister of state Earl Howe said the forthcoming SDSR is "the right point to look again at the requirement for a maritime patrol aircraft".

A two-and-a-half-year study has already been conducted, which he says has allowed the Ministry of Defence "to understand better the nature of the platforms in existence, as well as the timeframe in which novel technologies are likely to mature".

Around 30 personnel from the UK's earlier British Aerospace Nimrod MR2 community are maintaining their skills via a Project "Seedcorn" arrangement with four allied nations, which is intended to "reduce the time and risks associated with regenerating a capability", he adds.

Lord Empey – of the Ulster Unionist Party – describes the question of whether to re-establish such a capability as being a "no-brainer". This, he says, is due to the need to protect the UK's sea lanes against "an increasingly aggressive Russian naval force", and also to ensure that it has the "adequate protection" for its submarine-based nuclear deterrent.

But Lord West of Spithead – a former First Sea Lord of the Royal Navy – cautions: "If we are going to provide this capability, what capabilities are going to be removed because there is just not enough money to do the things we need to do?"

The UK has been without a dedicated maritime patrol aircraft capability since the Royal Air Force retired its last Nimrod MR2s (below) in 2010. Their planned replacement – BAE Systems' Nimrod MRA4 – was cancelled in an SDSR later the same year. 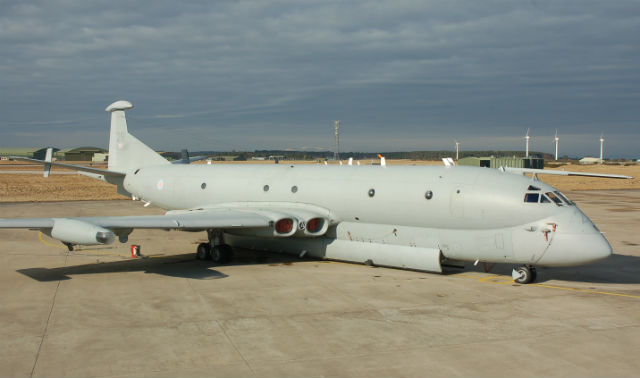