The US state department has approved the possible sale of 24 Beechcraft AT-6C Texan II basic trainer/light attack aircraft to Iraq.

The deal is valued at $790 million and includes spare parts, training, and logistics, according to a Defense Security Cooperation Agency (DSCA) statement.

The proposed deal would be conducted through the US Foreign Military Sales mechanism.

In the attack role, the AT-6C can carry an electro optical/infrared sensor mounted beneath the fuselage. It also comes equipped with a pair of .50 calibre machine guns and laser-guided bombs and missiles. 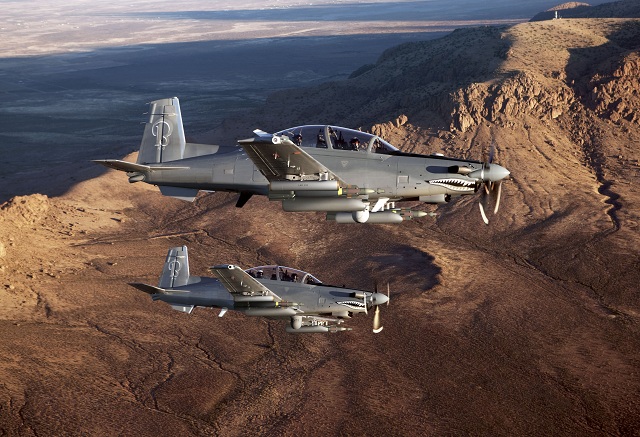 “The proposed sale of these aircraft, equipment, and support will enhance the ability of the Iraqi forces to sustain themselves in their efforts to bring stability to Iraq and to prevent overflow of unrest into neighboring countries,” says the DSCA.

The AT-6C deal is part of a larger package, which also includes $90 million for seven aerostats and 14 rapid aerostat initial deployment systems, as well as ground vehicles. Raytheon is the prime contractor for the aersotat deal.

“The proposed [aerostat] sale would facilitate progress towards increasing Iraq’s ability to provide protection of national level command and control sites, military installations, and other critical infrastructure against terrorist attacks,” says the DSCA.