US Army to acquire 20 more Lakotas

A US spending bill expected to become law will provide the US Army with funds to acquire 20 Airbus Helicopters UH-72A Lakotas, the company says.

The aircraft will be used by both the US Army and the Army National Guard, and will be delivered between September 2014 and July 2015, Airbus tells Flightglobal.

The spending bill, which was passed by both chambers of the US Congress this week and is expected to be signed by President Barack Obama, provides $171 million for UH-72A procurement during the 2014 fiscal year. 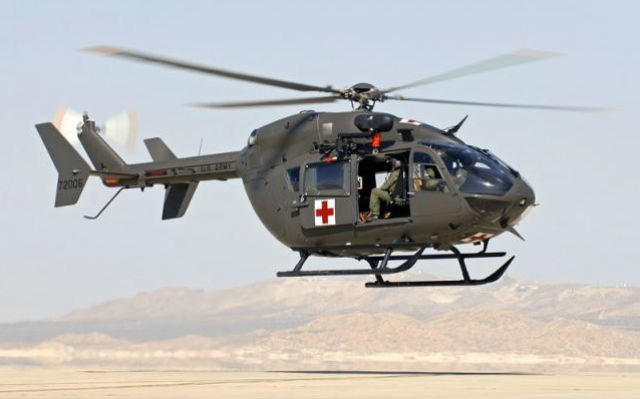 UH-72As are made at a factory in Columbus, Mississippi, and have a base price of about $5.5 million, although aircraft with additional capability can cost several million dollars more, Airbus says.

For instance, the security and support battalion version of the UH-72A can have an electro-optical/infrared sensor, secure data channel for live video downloading, a hoist and a crew information station. The National Guard uses aircraft with those systems to conduct security and support along the US-Mexico border, Airbus says.

In addition to purchasing 20 aircraft, the $171 million also covers spares, training, the army’s programme management costs and other expenses, the company says.

The army initially planned to purchase 31 Lakotas in fiscal year 2014 and 10 in FY2015, which would have allowed Airbus to continue production until early 2016.

The president’s FY2014 budget proposal cut that number to 10 and said production would stop after those deliveries. The bill passed this week doubled the president’s request, and does not specify when the programme will terminate.

Airbus also expects to deliver six UH-72As in 2014 that were ordered by Thailand.