The US senate appropriations committee has approved a spending bill that buys more Boeing F/A-18 Super Hornets, Lockheed Martin F-35 Joint Strike Fighters and General Atomics MQ-9 Reapers than requested by the government, even as Republicans and Democrats disagree on how to get around mandatory spending caps known as sequestration.

The bill passed with a voted of 27-3 on June 11, moving it to the full Senate for a final vote. The bill includes funds for 12 more Super Hornets, 10 more F-35s and eight more Reaper UAVs than were requested in the president’s budget in March.

The House made a similar move this week, adding funds for five F/A-18s ($350M), seven electronic warfare derivatives, the EA-18G Growler ($660M), eight more joint strike fighters, but no more than the requested number of 29 MQ-9s. 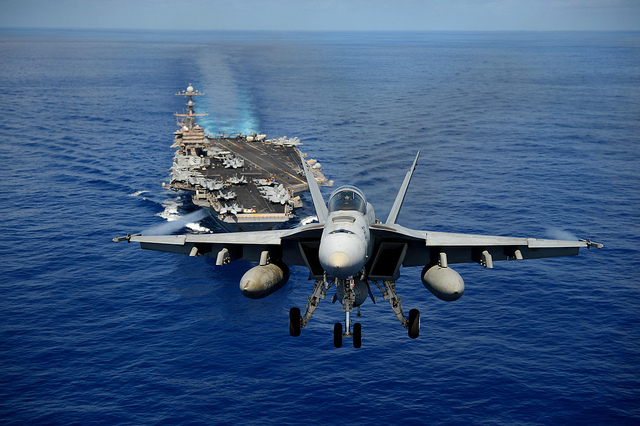 The aircraft will essentially freebees if the legislation is enacted, since those extra buys were not part of the service’s base budget requests at the start of the year, but appeared later in an “unfunded priories list” sent to Congress. The defense department had ordered zero Super Hornets and zero Growlers and fewer joint strike fighters (57 in total, including 44 F-35As, nine F-35Bs, four F-35Cs). The bill includes funding for six more Marine Corps F-35Bs and four Air Force F-35As.

Boeing says those 12 Super Hornets, plus a potential near-term deal with Kuwait, would keep fighter production in St Louis, Missouri, humming through 2018, by which time the company hopes more international orders will materialise. Lockheed and F-35 propulsion system partner Pratt & Whitney have been itching to scale up joint strike fighter production, having delivered 36 jets last year. The joint programme office hopes more volume, on top of other measures, will lead to a lower per-unit cost, somewhere around $80M compared to upwards of $100M today.

Regarding the Reaper, USAF says more MQ-9s are needed to meet operational demands for the unmanned “surveillance and strike” aircraft.

The spending bill would appropriate $575.9B for the department, $86.8B of which is drawn from the wartime funding account known as OCO (overseas contingency operations), which many US lawmakers label a “slush fund”. President Obama has threatened to veto the defence bills unless the Republican-controlled Congress deals with “damaging” automatic spending limits – setting the stage for another government shutdown. 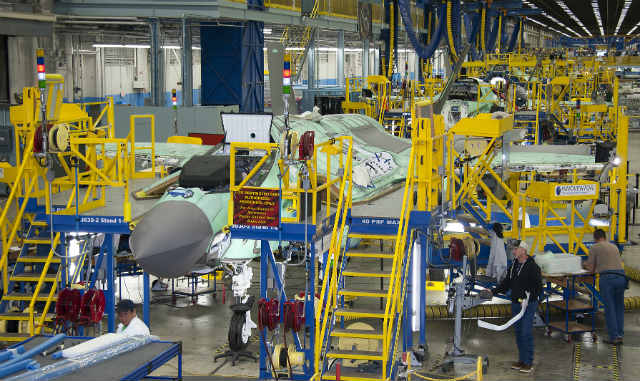