Despite fresh F-35 delays, a top US Air Force official says he remains confident the USAF version of the fighter will meet initial operational capability (IOC) by December 2016, as planned.

“We are on track for IOC,” USAF chief of staff Gen. Mark Welsh tells reporters during a press conference last week at the Air Force Association’s Air Warfare Symposium in Orlando, Florida. “I am actually feeling pretty darn good about this programme. The airplane is progressing.”

The US Navy expects to reach IOC with 10 F-35Cs no later than February 2019, though that date could be delayed by the Pentagon's fiscal year 2015 budget proposal. 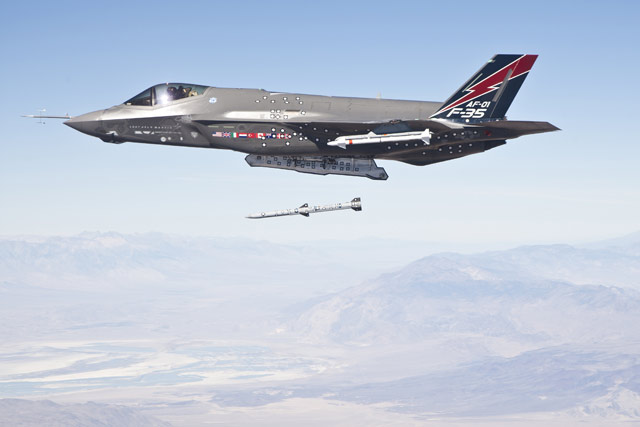 Welsh’s comments came just days after news broke that F-35B ground testing would be delayed for as long as a year due to the discovery of bulkhead cracks in September of last year.

The programme, already years behind schedule and more than $100 billion over budget, suffered another setback on 24 February when US Secretary of Defense Chuck Hagel announced his intention to slow F-35 procurement by 24 aircraft through fiscal year 2019 in response to budget cuts.

While Welsh remains confident in meeting the IOC target, he has other worries.

“Everyone is concerned about getting the mission software in the airplane,” he says, referring to the Block 3I software that will make the F-35A combat ready.

Block 3I software has the same functionality as the Block 2B software used in US Marine Corps aircraft, but it works with more-powerful hardware, Lockheed says.

Welsh adds that maintenance concern have materialised recently as the programme has transitioned from the engineering, manufacturing and development (EMD) phase to the flight testing programme and now the training and operational programme.

Those issues include problems with F-35 wingtip lights, which initially did not meet US Federal Aviation Administration requirements, and tyres on US Marine Corps and USN aircraft, which were wearing out faster than expected.

“[These] are not concerns that should surprise anybody in this kind of developmental programme,” says Welsh.

He adds that the USAF had similar problems when fielding Lockheed Martin F-22s, General Dynamics F-16s and Fairchild Republic A-10s.

Lockheed executives continue to say the F-35’s price will be comparable with earlier-generation fighters by 2019, such as Boeing’s F/A-18 Super Hornet.

That aircraft sells for $52 million with engines, avionics and weapons systems, Boeing has said in recent weeks.

Lockheed stresses that aircraft quantity is key to reducing price, but has declined to say specifically how order reductions could impact unit cost.