In 1986 during the so-called Reagan Build-up, $12 billion delivered 387 new combat aircraft to the US military. Today, that amount buys fewer than 80.

As the secretary of the air force has put it many times, the US military is on the losing side of the cost curve – with few aircraft coming in, and cuts, cuts and more cuts just to pay the bills. In terms of aircraft, USAF is smaller today than at any point since it split from the army in 1947.

And although an F-35 armed with modern, precision-guided weapons is far superior to the fighters of the 1980s, USAF officials contend that the number of airframes still remains important.

This month marks the 25th anniversary of Operation Desert Storm – arguably the greatest display of combat airpower in history. Now, the air branch is reminiscing about how mighty it once was.

“At the time of Desert Storm, we had 134 combat squadrons in the US air force. Today we have 55,” says service secretary Deborah Lee James at a CSIS conference in Washington DC last week. “That’s 134 to 55 in 25 years. We had 8,600 aircraft. Today, it’s 5,400 aircraft. Yet, I would submit that we’re busier than we’ve ever been because we’re all over the world, globally engaged.” 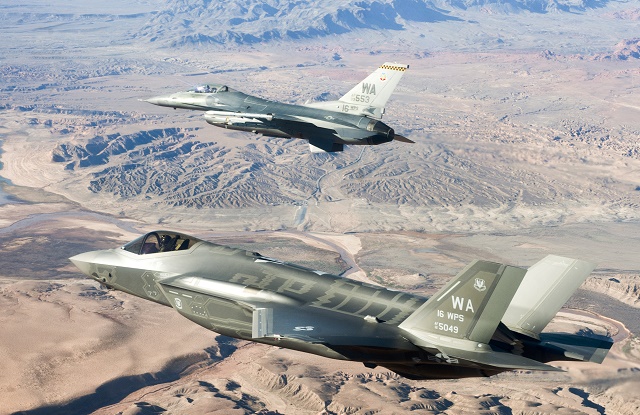 This imposition has been highlighted again this week by aerospace analyst Richard Aboulafia of Teal Group, speaking at a National Aeronautic Association forum in Washington DC.

“In the last peak around fiscal years 2010-2011, we purchased about 75 [tactical aircraft] for the same amount of money [as in 1986]. Oh dear, that’s really not good,” he explains. “Last year, the administration found a way to simply inject a lot more cash into it and buy a lot more airplanes, with 11 more F-35s and a dozen [F/A-18] Super Hornets and [EA-18G] Growlers. This is a positive outcome, [but] does it solve the problem? Hell no.” 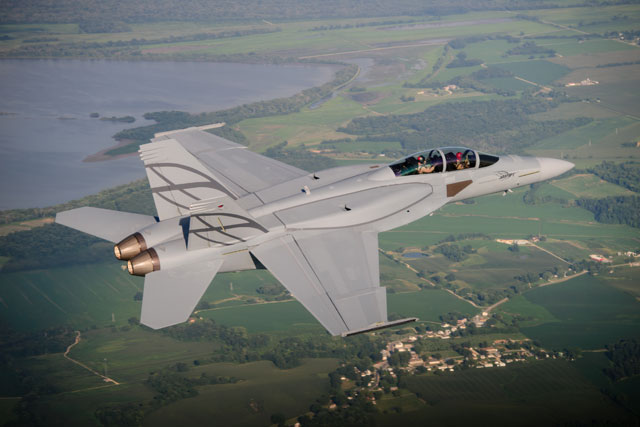 Boeing has proposed development of the Advanced Super Hornet.

The US government’s upcoming fiscal year 2017 budget submission should contain some details about the way forward, and there’s already talk of trading surface ships for more front-line fighter jets – pointing to more funds, not a fix.

The navy is poised to keep buying Boeing F/A-18E/Fs from the St Louis, Missouri plant, throwing the programme a “life raft,” says Aboulafia. This, he says, is a hedge against sole dependence on the Lockheed Martin F-35C for recapitalisation, since F-35s cost more per unit. But, that economic decision could crumble unless Boeing secures more export deals, namely to Kuwait and Canada.

If production drops below two aircraft per month, costs could rise. “If the navy wants to do one per month, that means either costs rise really fast or they have to find export customers,” Aboulafia says.

Despite an upbeat assessment of the defence sector following a two-year budget deal and return to growth in 2016, Aboulafia cautions against this unit cost imbalance and a looming budgetary “bow wave” – where the F-35 and Northrop Grumman-won Long- Range Strike Bomber (LRS-B) would cannibalise each other for funding. Boeing’s KC-46A tanker would probably be protected because it’s a fixed-price contract and a good deal for the government.

“If the top line does not grow from about $12 billion to $16 billion in a couple of years, then the competitive tension will be between the new bomber and F-35,” Aboulafia warns.