The US Air Force expects that production of a 500-pound, iron-spraying bomb, among other efforts, will eliminate the need for cluster munitions after 2018, in accordance with a timeline set by the Pentagon in 2008.

Although precision-strike weapons like hellfire missiles and small diameter bombs are more commonly used today, the head of Air Combat Command Gen Hawk Carlisle says there is still demand for cluster munition-type capabilities on the Korean Peninsula, where the US maintains a steady presence to deter an attack by the north. And as the January 1, 2019 deadline approaches for ending the use of cluster munitions, which case unintended harm to civilians, Carlisle says the air force has a “pretty good plan” for replacing them.

“We’re making advances and we don’t think we’ll have any problem meeting the timeline of 2018,” he says. “I’ll tell you, the Korean Peninsula is the place with the greatest demand for that capability. [We] need volume. In fact, the amount of cluster munitions we talk about in use is pretty small right now.”

Carlisle acknowledged one effort to produce an air-delivered “cast ductile iron” bomb, which sprays fragments over a wide area but does not leave behind unexploded bomblets.

A recent contracting notice seeks a manufacturer to build 30 “Mk 82 Mod 7” iron bomb assemblies initially with options for three or four more follow-on production lots. “The use of cast ductile iron will greatly decrease the likelihood of unexploded ordinances while improving lethality,” the notice states.

In another development, time is running out for the CALCM, or conventional air-launch cruise missile. The Boeing-built weapon is derived from excess nuclear-tipped ALCMs, but the air force claims it no longer needs CALCM since it has started fielding Lockheed Martin’s extended-range Joint Air-to-Surface Standoff Missile (JASSM-ER). 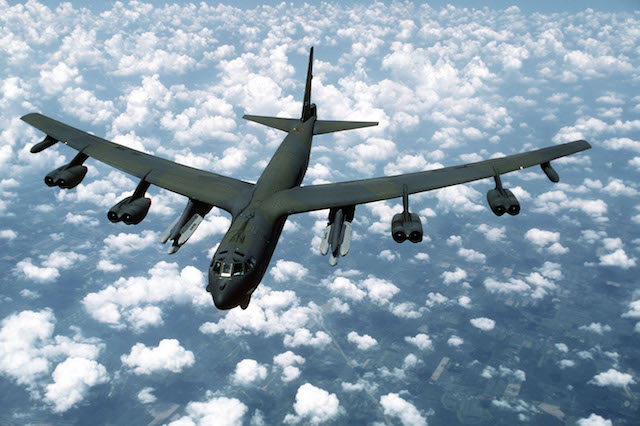 The air force has asked lawmakers to change a law prohibiting the CALCM’s retirement, and Carlisle says he thinks “we’ll be able to get past that with Congress.”

“We’re down to very few CALCMs,” he says. “As JASSM-ER comes online – we finish the testing and we get an appropriate number – I think we’ve got it worked out that we’d be able to do the retirement of the older system.”

The service estimates it would save $200 million through 2032 by decommissioning CALCM. The air force is also developing the Long-Range Standoff (LRSO) weapon, a new nuclear-capable cruise missile that will eventually supplant the ALCM and come in a conventional configuration.