The Max crisis has already shifted how regulators certificate jets

The Boeing 737 Max crisis has already upended some aspects of aircraft certification, with regulators more closely reviewing new projects and shying away from rubber stamping decisions made by their foreign counterparts.

And more changes are forthcoming thanks to a late 2020 US law that aims to prevent the type of systemic failures that contributed to two 737 Max crashes.

Investigators determined that Boeing’s design of the Max’s Maneuvering Characteristics Augmentation System, which the Federal Aviation Administration (FAA) green lit, was partly to blame for two crashes that killed 346 people. 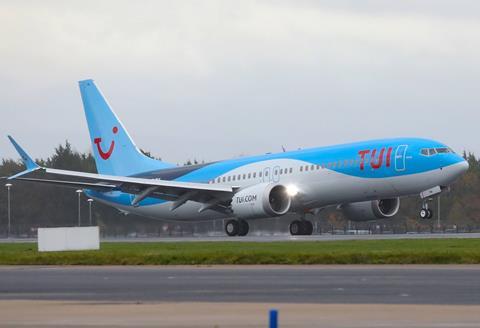 The crashes and the FAA’s initial response prompted widespread criticism of the agency. Now, in lifting the grounding, several of the world’s regulators are no longer taking the FAA’s lead.

For instance, Transport Canada and the European Union Aviation Safety Agency (EASA) have in recent months completed their own 737 Max flight tests, rather than deferring to the work carried out by the FAA. They have also lifted the Max’s grounding with different requirements than those set by the US agency. Transport Canada and EASA, for instance, required pilots have procedures for deactivating the stick shaker, while EASA has temporarily banned Max pilots from performing certain approaches.

The Max fallout has also, by all appearances, led the FAA to look more closely at Boeing’s in-development 777-9.

On 27 January, Boeing chief executive David Calhoun said had Boeing delayed the 777-9’s service entry by one year until late 2023 due to design changes that align with “expectations of global regulators”. 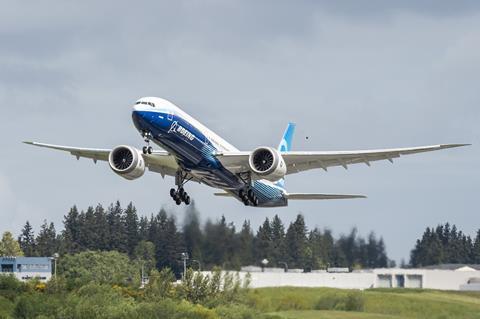 He did not specifically link the changes to increased regulatory oversight due to the 737 Max crashes. And, analysts suspect the delay at least partly reflects Boeing’s disinterest in bringing the 777-9, the first member of the 777X family, to market while long-haul demand is so depressed.

Still, Boeing’s certification and development processes have been under immense public scrutiny since the two crashes, and the FAA, under equal pressure, has pledged a rigorous 777X review.

The 777X programme’s certification also comes as the FAA implements a broader regulatory overhaul required by a 2020 law that stemmed from the two accidents.

That law seeks to strengthen the FAA’s certification oversight, particularly over aircraft that are derivatives of earlier models – types like the 737 Max and 777X. The FAA cleared the Max under an amended type certificate, and Boeing has been seeking the same certification route for its 777X.

The 2020 law will require applicants of amended certificates to specifically describe how new variants differ from predecessors, and to demonstrate that designs reflect “realistic” pilot response times.

Companies must also disclose “safety critical information”. That includes details about systems that can change an aircraft’s flight profile, and handling characteristics that, without software augmentation, fail to meet FAA standards.

The law does not do away with the agency’s Organization Designation Authorization (ODA) programme – under which the FAA grants manufacturers authority to perform large swathes of product certification work themselves.

But it does order an “expert” review of the ODA system to ensure that manufacturers are capable of safely handling delegated duties. Based on the findings, the FAA may limit or suspend manufacturers’ ODAs.

The law also grants the FAA additional funding to hire skilled workers and requires manufacturers to establish formal “safety management systems”. It also bars aircraft makers from giving customers any discounts tied to pilot training ahead of when the FAA finalises pilot-training standards.