AgustaWestland hopes it will clinch military certification of its in-development AW149 helicopter in a baseline configuration by year-end.

The new 8t-class medium-twin is being developed as a variant of the civil AW189, which is due to achieve EASA approval in the coming weeks.

Luca Medici, chief project engineer for both models, says meetings have already been held with Italy's Armaereo military certification body in order to smooth its passage towards approval.

"We have held meetings and produced the documentation in order to achieve certification," he says.

The helicopter presented to Armaereo will be a baseline model with no mission equipment, countermeasures or ballistic protection, says Medici. These will be customer-specific items and would require a second country-specific certification process, he says. 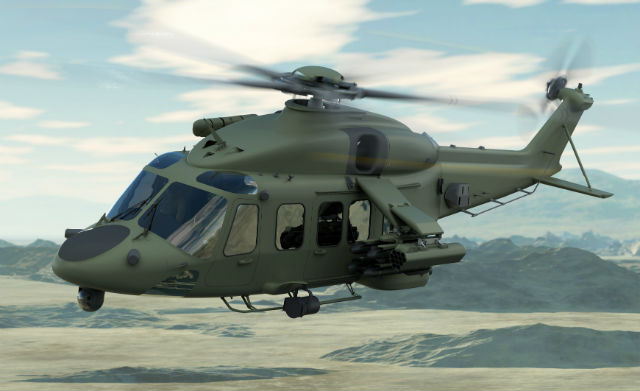 Certain features suitable for military operations are present on both variants, he says. These include landing gear that can sustain a touchdown with a sink speed of 9.5m/s, compared with the 2m/s more usually seen on a civil helicopter.

"When we started development of the aircraft we aimed to have a good and strong platform to satisfy the new and ongoing offshore markets, but also to offer a new platform to the military market," he says. "So we developed something to satisfy both."

However, the AW149 is yet to find a customer. Italy's air force was initially considered to be a likely buyer to fulfil a search and rescue requirement, but it instead acquired the lighter AW139M.

The earliest test of its competitiveness against the Sikorsky aircraft, and Eurocopter's EC725, will come in Poland, which has a tri-service requirement for 70 helicopters.

Warsaw is yet to issue a request for proposals for the contest, but AgustaWestland believes the AW149 – to be assembled in-country by subsidiary PZL-Swidnik – will be well suited to the various roles envisaged, which include anti-submarine warfare, search and rescue, and troop transport missions.

Chief executive Daniele Romiti says its bid emphasises the level of local content, noting that Swidnik is "the helicopter maker for the Polish government" through its VIP transport variant of the W-3A Sokol. "It [would] be quite strange [if] the Polish government doesn't recognise or evaluate this capability in country," he says.

If it is successful in the nascent competition, which is currently in the technical evaluation phase, Romiti says that Swidnik could eventually become "home for the AW149 for other markets, not just the Polish bid".

"The AW189 is spread between the UK and Italy, and the AW149 could be [assembled] at least [in] Poland to start in [the] case of winning the bid," he says. "Once you have established an industrial capability it could be one option, of course. For all the rest of the regions where [local assembly] is not mandatory I don't see any reason to move the production away from Poland."