Developers aiming to resurrect Manston airport in the south-east UK have again secured approval for the project from the government, some 18 months after a court quashed a previous consent order.

RiverOak Strategic Partners is intending to re-open the airport as a dedicated air freight facility.

The application for the project was originally accepted for examination four years ago, and development consent was granted in July 2020 – even though the examining authority had concluded that the benefits would not outweigh its impacts, and that consent should not be given.

In February last year a court threw out the decision, stating that the government had not explained adequately why it disagreed with the examining authority. 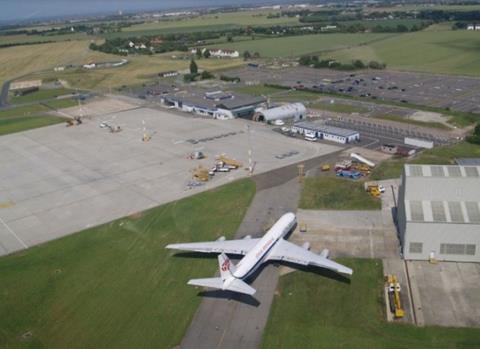 Manston airport was decommissioned in mid-2014

Transport secretary Grant Shapps’s office has set out a detailed series of reasons for reinstating the approval in an 18 August letter.

These include placing “substantial weight” on the airport capacity which Manston will deliver to the south-east UK, given the overall strain on capacity by 2030 if London Heathrow’s third runway is not completed.

Shapps’s office also believes the government’s decarbonisation targets can be met “without directly limiting aviation demand”, and that the examining authority was wrong to conclude that Manston’s carbon dioxide contribution will have a material impact on the government’s ability to achieve its targets.

The office also argues its case on various other issues, including noise, traffic and socio-economic benefits. 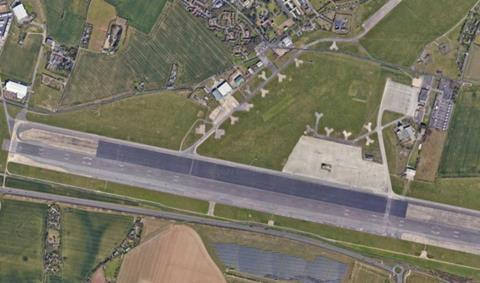 Several infrastructure projects, including runway renovation, are envisioned for the project

It states that it is “satisfied” that there is “clear justification” for authorising the Manston airport project. The airport site is located in Kent, and lies some 100km east of central London.

Permission was sought to renovate the existing runway 10/28 at Manston, construct a new control tower and cargo facilities, as well as a fuel farm, and build stands for multiple freighter aircraft, along with other infrastructure. The development also comprises a maintenance centre, flight-training school, fixed-base operation, and extension of passenger service facilities.