While the Civil Aviation Authority expects the fund to remain in surplus, the investigation points out that it had typically been paying out only £10 million annually in the previous five years.

Some £310 million of the Thomas Cook costs have been paid out by the trust fund, says the audit office, but it has been left with “relatively limited” resources. The trust fund is designed to offer consumer protection and its income is derived from travel companies which contribute £2.50 per traveller.

“The government could face further costs if another travel company collapses in the near future,” the investigation states, although it adds that the government has agreed to stand behind the Air Travel Trust Fund in the event of a shortfall or another company failure.

No reference is made to the current coronavirus situation, which only emerged after the investigation was completed.

Thomas Cook’s failure, in September last year, resulted in a £152 million bill for repatriation and another £412 million cost for refunds and fees – a total of £564 million.

The audit office says the Air Travel Trust Fund bore the refund burden as well as £69 million of the repatriation cost, through the Air Travel Organiser’s Licence scheme.

The government is picking up the £83 million balance of the repatriation cost. It is paying a larger share of the overall repatriation expense than originally estimated, says the audit office, because the CAA underestimated the proportion of the 150,000 customers abroad who were ATOL-protected – resulting in an extra £22 million charge.

It also faces a separate £73 million bill arising from the government’s legal obligation to meet insolvency costs, including redundancy payments to employees.

Aircraft availability in the aftermath of the collapse was restricted as a result of the busy summer season and the capacity problems caused by the Boeing 737 Max grounding. The CAA told the investigation that, had the Thomas Cook collapse occurred earlier in the summer, there might not have been enough aircraft available. 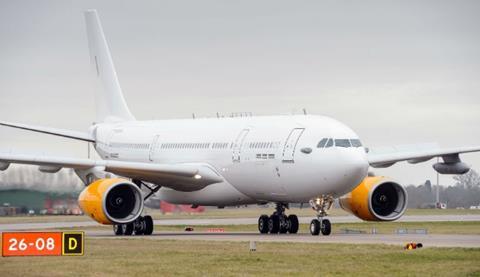 Recruiting A330 Voyagers for repatriation was considered too expensive

Using Thomas Cook’s own aircraft was a “risky and costly option”, says the investigation, because it would have required the agreement of the liquidator to maintain parts of the company’s operation, contrary to its aim of protecting creditors.

While the defence ministry had 14 Airbus A330s serving as Voyager transports, nine were on national security deployments and two of the other five were undergoing maintenance.

The government was advised that hiring the three available Voyagers would cost £27 million for a month – outside of fuel, crew and other aeronautical costs – and this option was considered “not cost-effective”, says the audit office.

Instead the CAA took advantage of call-off contracts with other airlines, and was able to use these contracts and leasing arrangements to put aircraft on standby. It sourced about 150 aircraft from some 50 partners to carry out the repatriation.

The audit office says the overall cost of Thomas Cook’s collapse to the government remains an estimate and the final cost “may not been known for some time”, because – among other reasons – aircraft lease invoices and charges for handling and other services are still being received.

While the government has used the same approach to recover costs as it did during the failure of Monarch Airlines in 2017, the audit office points out that only £2.3 million of the £45 million Monarch cost to the government has been retrieved.