Parliamentarians have scorned the UK government’s quarantine measure for passengers arriving into the country, insisting it will damage the recovery of the air transport sector, and have urged a rethink in favour of a more flexible approach.

The cross-party transport select committee is unconvinced by the blanket 14-day quarantine, stating that it is “not persuaded” that the policy is the best option compared with other possibilities.

“This will further damage both the recovery of the sector and the wider economy,” it states in newly-published conclusions to its inquiry into the coronavirus impact on the aviation industry.

“We support a more targeted and nuanced border-control policy that would allow people travelling from countries where the infection rate of [coronavirus] is relatively low to enter the UK on a less restrictive basis,” it states.

The committee has strongly urged the government, from late June, to introduce a risk-based approach which would offer greater flexibility.

It adds that the government’s response to the committee’s findings should “clearly explain” its reasons for the quarantine, and the evidence that was used to implement the decision.

“In order to allow the UK aviation industry to plan ahead, the government should urgently update Parliament with detail about the key milestones and conditions that will need to be met for the current quarantine policy to be revised and ultimately ended,” the committee says. 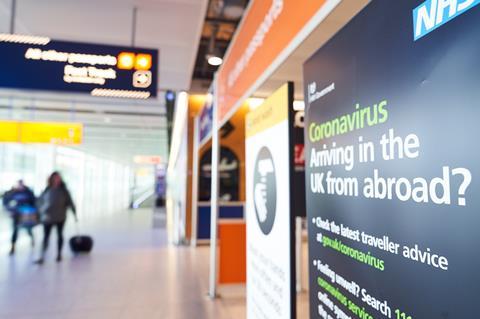