Airbus, Rolls-Royce and Siemens have teamed up to demonstrate a flyable hybrid-electric propulsion system on a British Aerospace 146 regional jet by 2020.

Under the programme, called "E-Fan X hybrid", the partners will replace the aircraft's number 3 engine with an electrically driven fan. This will be powered by energy from a gas turbine engine with an integrated generator, located in the rear part of cabin.

R-R chief technology officer Paul Stein says the team will use the fan and nacelle of an AE3007 engine – which powers Embraer ERJ-145 regional jets – and install a 2MW electric motor supplied by Siemens. 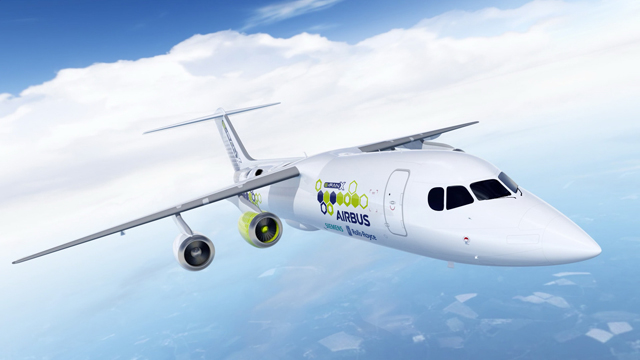 A 2.5MW generator will be married to a R-R AE2100 turboshaft – normally used to power Lockheed Martin C-130 Hercules transports – installed in the fuselage, with a dedicated air intake.

Some 2t of batteries will be installed in the forward cargo hold, while electronic equipment for the power supply, distribution and control system will be located in the cabin.

Airbus head of flight demonstrators Mark Cousin says the aircraft is scheduled to fly in 2020 and – if the trial is successful – a second engine on the quadjet could be replaced with an electrically driven fan.

Areas to be assessed during the evaluation effort include electric thrust management, altitude and dynamic effects on electric systems, and electromagnetic compatibility issues, Airbus says.

Cousin says there is no "fundamental" reason preventing the deployment of electric propulsion systems and that the project is about maturing existing technology. He adds that today's technology needs to become more lightweight while reliability at altitude needs to be ensured. 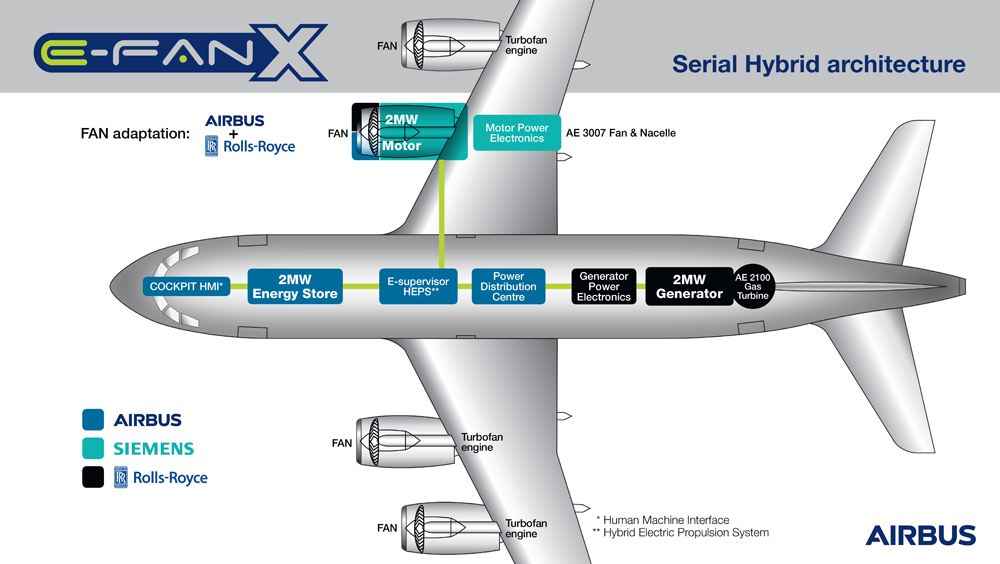 Electric propulsion represents an opportunity to optimise aircraft thrust requirements for cruise flight and to use battery power to increase performance for the take-off and climb phase, says Cousin. He anticipates a double-digit fuel-burn reduction from the technology.

Paul Anton, head of Siemens's electric aircraft efforts, believes that future regional aircraft could be powered by hybrid-electric propulsion systems in the 2030-2035 timeframe.

He argues that the technology will "significantly" reduce noise and enable operation from areas that cannot be served by conventionally powered equipment.

Stein suggests the technology could open up new markets. In countries without railway infrastructure, he says, it might be more feasible to build up air transport links from small inner-city airports rather than to build railway systems. Aviation might become a "more normal way of transportation", he says.

Paul Eremenko, Airbus chief technology officer, states: "The E-Fan X is an important next step in our goal of making electric flight a reality in the foreseeable future."

He says that the project will "pave the way to a hybrid single-aisle commercial aircraft" – adding: "We see hybrid-electric propulsion as a compelling technology for the future of aviation."