Bombardier's business and commercial aircraft divisions posted profits in the second quarter of 2019 as the company boosted deliveries and shifted its business further from commercial aerospace.

The company's commercial aircraft unit posted a second quarter profit before interest and taxes of $226 million, reversing a $668 million loss in the same period last year.

Bombardier's business aircraft division earned a profit of $84 million in the second quarter, down 22% from $108 million one year earlier.

"With the closing of Q400 transaction and the agreement to sell the CRJ programme to [Mitsubishi Heavy Industries], our three underperforming commercial aircraft programmers have been successfully addressed," Bellemare says. "This allows us to full focus on business aviation."

The divestitures started last year when Bombardier passed to Airbus majority ownership of the then-struggling CSeries programme, now called the A220.

In June Bombardier sold the Dash 8 turboprop programme to Longview Aviation Capital for $300 million and announced a deal to sell the CRJ programme to Mitsubishi for $550 million. Bombardier expects that deal will close in the first half of 2020.

"We have retired major risk," Bellemare says. The efforts are enabling Bombardier to squeeze cash out of "under-performing and non-core assets".

He also says the A220 has fared well under Airbus, noting the European airframer has secured 300 new A220 commitments and orders since taking the programme's helm.

"We have continued to make solid progress on our turnaround journey. We are pleased with our momentum in aerospace where our transformation is progressing ahead of plan," says Bellemare.

Bombardier's commercial aircraft unit delivered 17 aircraft in the second quarter, including 11 CRJ900s and six Q400s. That is up 70% from 10 deliveries in the same period last year.

The unit's revenue slipped 16% year-on-year in the second quarter to $516 million, partly reflecting the loss of revenue from the CSeries programme.

Bombardier expects to clear the backlog and shutter production within 12-15 months, leaving Mitsubishi with the CRJ's type certificates and the programme's global aftermarket operation. 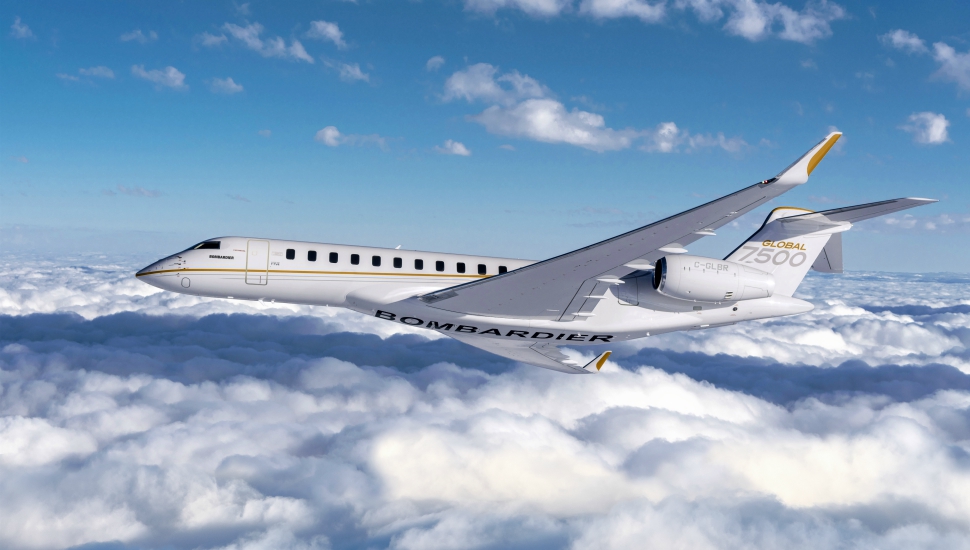 Bombardier's business jet division generated $1.4 billion in second quarter revenue, up 6% year-on-year, and delivered 35 aircraft, up from 34 in the same period one year earlier, the filing shows.

Bombardier does not generally specify deliveries by aircraft type but says second quarter deliveries included two of its flagship Global 7500. That aircraft entered service in December 2018.

"Our financial performance was right on plane for the second quarter and is tracking to our full-year guidance," Bellemare says of the business aviation unit.

Starting in the third quarter Bombardier will roll its business and commercial aviation financial results into a single division called Bombardier Aviation.

It anticipates that unit will generate $8 billion in revenue this year, down from a previous estimate of some $9.7 billion. Bombardier documents attribute the decline partly to the five CRJ order cancellations.

Bombardier predicts it will deliver 175-180 business and commercial aircraft this year, including 15-20 7500s.

Story corrected on 12 September to note that Bombardier expects the CRJ sale to Mitsubishi Aircraft will close in the first half of 2020.