The Atlas Air Boeing 767-300ER Freighter that crashed last month was flying in turbulence and had pitched nose up before "nose-down elevator deflection" put the aircraft into a fatal dive, according to the US National Transportation Safety Board.

An investigation update released by the NTSB on 12 March provides no conclusions about the cause of the 23 February crash, but provides new details about the final minutes of the flight.

The 767, registration N1217A, was descending to land at Houston Intercontinental airport when it crashed into Trinity Bay, about 35nm (65km) southeast of the airport.

The aircraft was operating Atlas flight 3591 from Miami to Houston. Three people aboard the aircraft – two pilots and one passenger – died in the wreck.

Several minutes before the crash, as the aircraft descended through 13,800ft, an air traffic controller advised the pilots of "an area of light-to-heavy precipitation along the route", says the NTSB's update.

Controllers approved a request by the pilots to fly west of the rain, but added that the course change required they descend "expeditiously" to 3,000ft. The aircraft was soon heading 270°, descending through 8,500ft, says the NTSB, citing aircraft communications data. 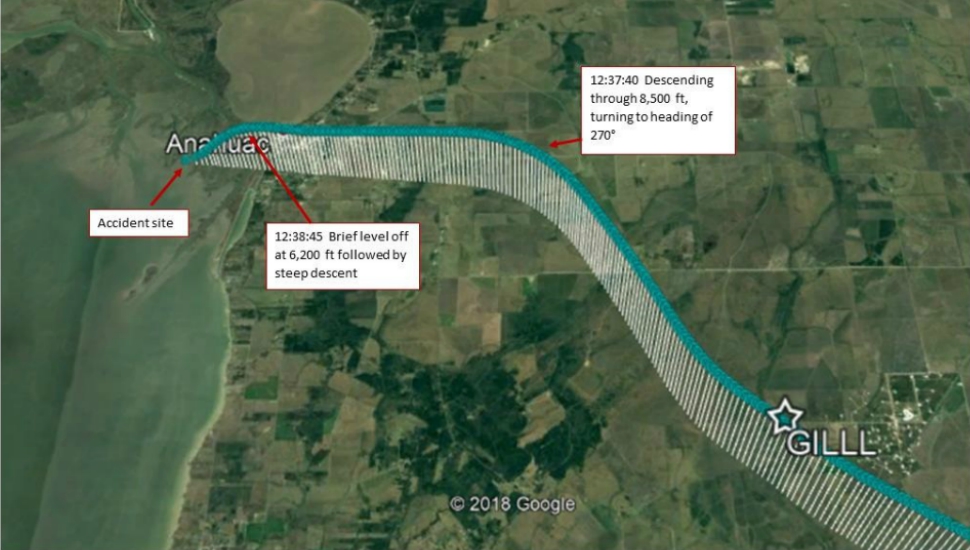 The aircraft levelled briefly at 6,200ft, then climbed to 6,300ft, with flight data indicating "small vertical accelerations consistent with the airplane entering turbulence".

"Shortly after, when the airplane’s indicated airspeed was steady about 230kt (426km/h), the engines increased to maximum thrust and the airplane pitch increased to about 4° nose up. The airplane then pitched nose down over the next 18sec to about 49° in response to nose-down elevator deflection," says the NTSB.

"The stall warning (stick shaker) did not activate," it adds. 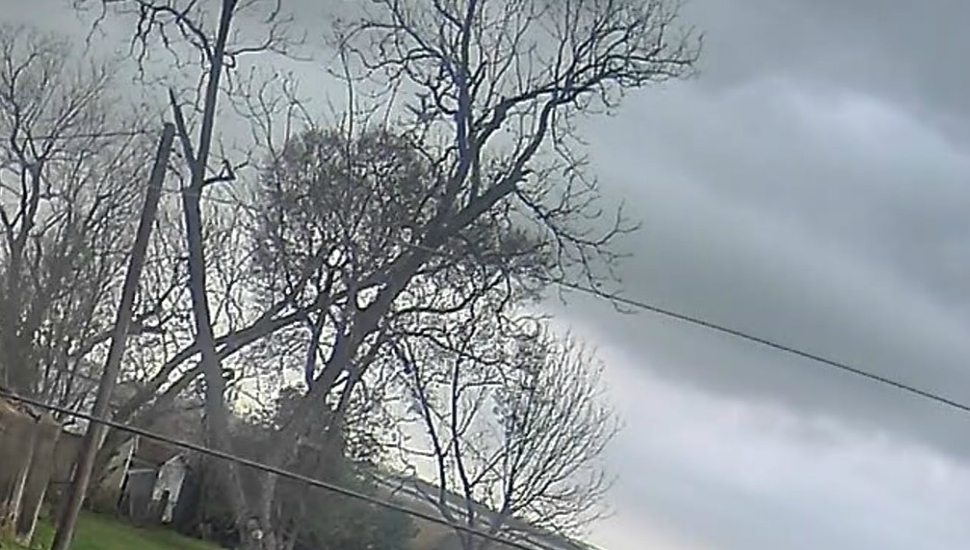 The NTSB released an image from a ground-based security camera showing the 767, hidden partly behind trees, descending

The 767 began a "rapid descent", accelerating to 430kt in a "steep, generally wings-level attitude until impact with the swamp", the NTSB says.

"The airplane gradually pitched up to about 20° nose down during the descent," it adds.

The NTSB intends to release the transcript of the cockpit voice recorder at a later date, it says.