Shaanxi Aircraft Corporation, which is part of AVIC, had joined up the nose, forward, and main fuselage sections, with work completed on 18 July. 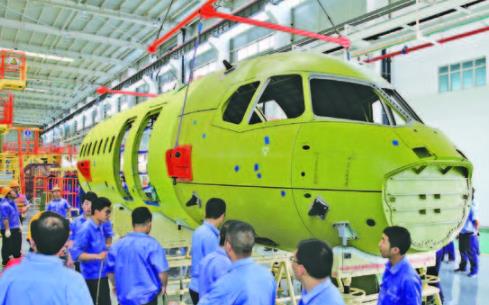 AVIC has previously said that the first example of the new turboprop will be assembled by year’s end.

The Chinese airframer disclosed that some time after fuselage parts were riveted in November 2018, production was plagued by delays caused by missing parts.

While AVIC did not state what these parts were, it notes that the project is now back on track.

To date, AVIC says the MA700 has 285 orders from 11 operators. The aircraft, to be powered by Pratt and Whitney turboprops, is suitable for “short distance feeder transportation” of about 800km. The 86-seater has a range of up to 2,700km.