Hong Kong start-up Greater Bay Airlines has officially taken to the skies, though its long-awaited launch was marked by little fanfare.

On 23 July, the carrier operated its inaugural flight to Bangkok, operated by a Boeing 737-800. Greater Bay, which did not issue a media statement to mark its launch, intends to operate twice-weekly flights to the Thai capital, on Wednesdays and Saturdays. 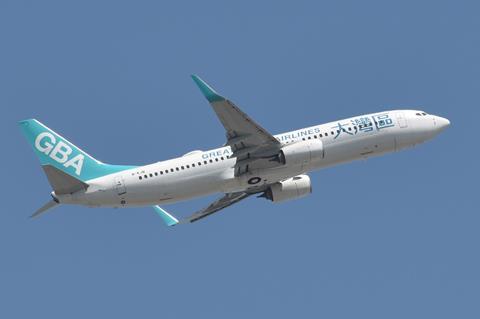 According to media reports, only a dozen of travellers were spotted checking in. Greater Bay did not confirm the total number of passengers on its inaugural flight.

The launch comes as travel restrictions still persist in Hong Kong, though the city’s government is very slowly easing curbs.

It also comes nearly half a year after it clinched its operating licence, which paved the way for it to start commercial flights. In October 2021, the carrier clinched its AOC, and stated its intentions to operate to Bangkok, Phuket, as well as Singapore.

It had applied – and received regulatory approval – to operate more than 100 routes across Asia-Pacific, with the majority of them to Mainland China. Other countries include Japan, Thailand, and South Korea.

Greater Bay currently has two 737s in its fleet and will take a third example this year.

It was previously headed by former Cathay Dragon chief Algernon Yau, though Yau left the airline to join the Hong Kong government. The carrier in late-June appointed Stanley Hui as its new CEO.

Hui is a veteran of the city’s aviation sector and has held senior management positions in Cathay Pacific, Air Hong Kong as well as Cathay Dragon.