The first of an eventual four examples of the ATR 72-600-derived type is due to be handed over to the service in March 2016 as it replaces its remaining fleet of Dassault Breguet ATL-1 Atlantics.

Two aircraft – the MSN940 and MSN1031, built in 2011 and 2012 respectively – are currently at the manufacturer’s Caselle facility near Turin for mission-system integration and testing, having received airframe modifications at its site in Naples. 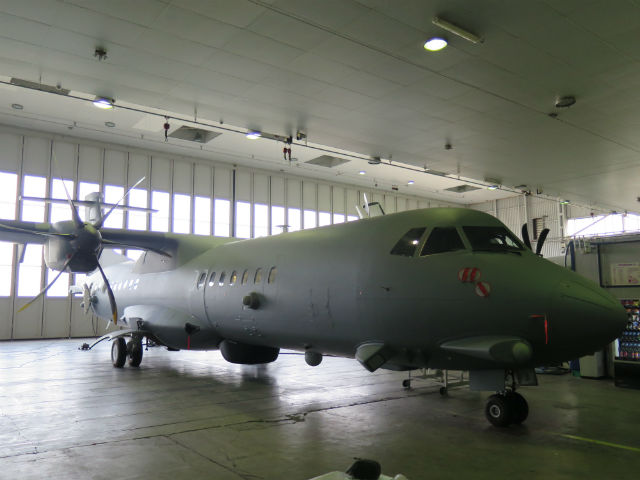 Changes to the baseline passenger aircraft include the addition of a Selex Seaspray 7200 search radar, Selex ATOS mission system, a FLIR electro-optical/infrared sensor, bubble spotter windows, openable rear door, a defensive aids suite, and four stations – two on either side of the fuselage – to eventually allow the addition of hardpoints for the carriage of torpedoes.

The most striking alteration is the addition of the defensive aids suite to the tail, which increases the fuselage length by about 1.5m (5ft).

So far, Alenia has completed tests of the aircraft’s communication and navigation equipment, and the defensive aids system – which concentrated on the safe separation of flares from the aircraft – with trials of the mission system still ongoing. 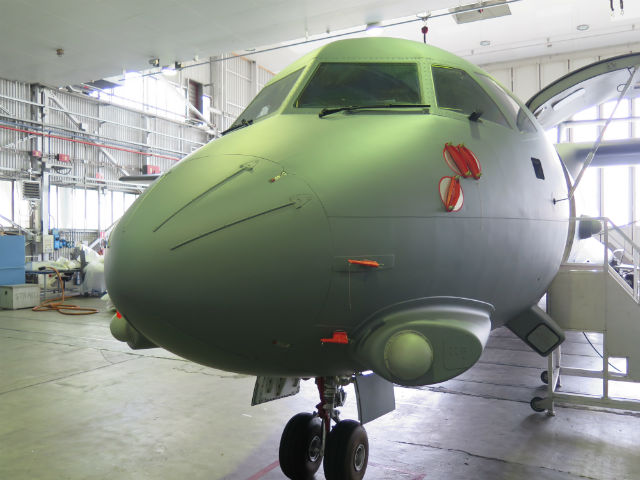 Although the airframe modifications worsen the twin turboprop’s drag by about 5%, says the company, even when fully laden with a mission system and seven-person crew it is not near the type’s maximum take-off weight. As such, it boasts a claimed endurance of around 8-10h.

A future B-model anti-submarine warfare variant may eventually be required by Italy, but there is no order in place yet.

Alenia is a 50% shareholder in the ATR joint venture with Airbus.