The past 12 months has been a busy time for militaries around the globe, facing operational requirements ranging from all-out conflict in parts of the Middle East to providing humanitarian relief after natural disasters within the Asia-Pacific region – all on top of performing their day-to-day duties.

Operational milestones in 2018 included the Russian air force making a surprise first deployment of its Sukhoi Su-57 in support of Syrian President Bashar al-Assad. And Lockheed Martin’s F-35 was used in anger for the first time, by Israel and then the US Marine Corps.

The year has also included several notable procurement decisions: Boeing won the USAF’s T-X trainer and Bell UH-1N replacement contests, along with the US Navy’s unmanned tanker competition – it will manufacture a batch of four MQ-25A Stingrays to meet an initial operational capability target during 2024.

Lockheed appears poised to add Belgium to its confirmed customer list for the F-35, Qatar is acquiring the Dassault Rafale, Eurofighter Typhoon and an advanced version of Boeing’s F-15, and Bahrain is to add a new batch of 16 F-16Vs to its fleet of C/D-model examples. Kuwait has confirmed a deal for 28 Boeing F/A-18E/F Super Hornets.

Also during the year, there were significant developments affecting the future shape of Europe’s combat aircraft sector. France and Germany have entered a pact to explore a joint future combat air system, while the UK used July’s Farnborough air show to unveil its Tempest concept for a sixth-generation strike aircraft.

Our directory records more than 65,000 aircraft in active service or on firm or potential order with militaries in 161 nations. It is no surprise that the USA is the dominant power, representing 25% of all military assets listed. Indeed, the next six ranking nations combined – Russia, China, India, South Korea, Japan and Pakistan – only slightly exceed the US total. 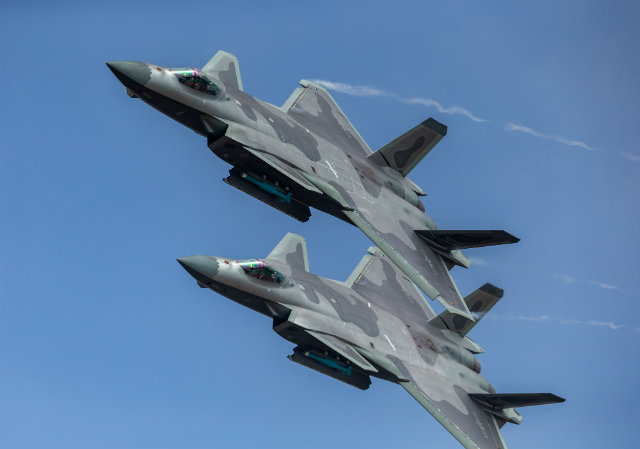