ANALYSIS: Is first delivery a new dawn for A330neo?

With the first delivery to TAP Air Portugal successfully negotiated, the clouds that have stubbornly clung to the Airbus A330neo programme should now be lifting.

But despite reaching this milestone – in record time too – there remains a nagging sense that something is amiss with the widebody. Whether that is an issue of perception or an uncomfortable reality, is harder to gauge, however.

Perhaps the most perceptive comment on the programme came from Domhnal Slattery, chief executive of Avolon, speaking during the TAP delivery ceremony.

"It is the most technologically advanced airplane in its class," he said. "The challenge we all face now is to ensure that every airline in the world that could operate [the A330neo], does operate it."

While not intended as a direct criticism of Airbus, Slattery's comments still jarred among the usual platitudes of a hand-over ceremony.

In fact, Slattery goes so far as to suggest that Airbus "undersold" the widebody "for some time", with its emphasis on the relative simplicity of the re-engining process "not reflective of the reality". 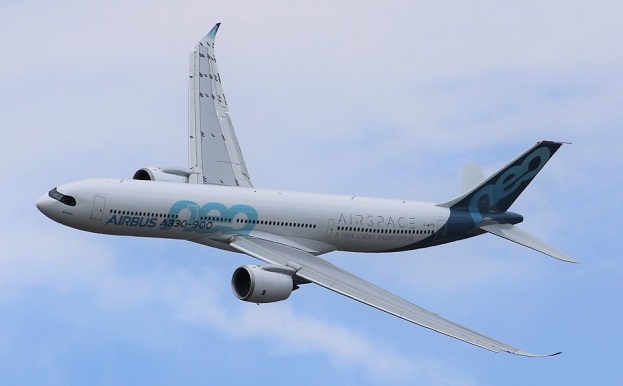 Aside from the new Trent 7000 engines – offering a 10% improvement in specific fuel consumption, says Rolls-Royce – the twin-aisle features a longer, optimised wing, increasing span by around 4m (13ft), and the higher-spec Airspace cabin.

The backlog has crept up in recent months, and crucially the -800 variant has secured a launch order from Kuwait Airways, but the total still remains stubbornly below 250.

And in its third-quarter results in October, a frustrated Airbus complained that A330neo deliveries this year would be lower than planned due to issues with the ramp-up of the Trent 7000 engines. (It is worth noting that it was also largely due to those same engines that service entry slipped by around a year.)

On that point at least, Airbus believes that R-R will have engine production "under control" by early next year, says commercial aircraft president Guillaume Faury; he anticipates Neo output "accelerating" over the next 12 months, until deliveries are a back on track by end-2019.

Faury, as you might expect, remains upbeat about the aircraft: it offers "excellent" economics, he says, is performing "to expectations" and is "well positioned" compared with the larger – and more costly – A350. It is, he says, "a fantastic successor to the original A330".

Aside from offering continuity with the older-generation aircraft, Faury thinks the Neo can also add something else to its line-up.

"We think we have a very good combination for the middle of the market, with the A321[neo] going up to the A330neo," he says.

That choice of words is no accident, of course; Airbus is keen to stress that while Boeing ponders the launch of its New Mid-market Airplane, its answers to the questions posed by the segment are already in service.

Crawford Hamilton, head of A330 marketing, does not mince his words when asked whether the Neo could withstand the competitive threat of the NMA if Boeing decides to proceed.

"That's all it is at the moment," he says, waving a small piece of paper in the air. "It's a bit of paper, it's the back of a fag packet."

He thinks the NMA, rather than taking orders away from Airbus, will simply cannibalise sales of the Boeing 737-9 and -10, as well as adding yet another product to what he sees as the US manufacturer's already crowded portfolio, not to mention customer fleets.

"Is there space for it? It's going to make some airlines' fleets very, very complicated," he says.

Hamilton points to the business case for the original A330, which was based on sales of 200-300 units. "That was for a whole development programme and we ended up getting 1,500 aircraft out if it, which isn't that bad."

Although Airbus aims to supplant that fleet on a roughly equal basis, it is being "greedy", says Hamilton, and believes the A330neo can also take a share of the market for 757, 767 and 777 replacement, and potentially even more: "If I really want to be ambitious, I want to replace the 787 as well."

Hamilton says Airbus is "very confident" that it will easily break the 1,000-unit barrier on the programme.

Fine words, of course, but at the moment, they are not reflected by the A330neo's backlog. Airbus's most recent figures, running until the end of October, show combined firm orders for the two Neo variants at 242 aircraft.

There are a number of reasons for this, not least that the A330 replacement wave has yet to break: based on an aircraft's 20-year lifespan, Airbus envisions that process accelerating from the mid-2020s and peaking in 2034.

Slattery agrees with that assessment and thinks the Neo's arrival is around "two years" ahead of the A330 "replacement bow-wave".

Programme delays have also not helped the widebody's credibility and have extended the long period ahead of service entry where airlines are keen to see real-world performance before making a commitment.

Analysis of the backlog data also shows, with the exceptions of AirAsia X and Delta Air Lines, an absence of blue-chip carriers from the orderbook. Combined, those two carriers' 91 orders account for 37% of the firm backlog; add in lessors Avolon and Air Lease – another 59 aircraft – and that figure rises to 61%.

Additionally, a further 28 A330-900s are attributed to Iran Air, which are unlikely to be handed over any time soon given the resumption of US sanctions against the country.

Faury insists the backlog is "robust" and is certain more orders will come. "The A330neo is going to get more traction when it is in service and we have the airlines showing their trust and confidence in the airplane."

However, a smooth service entry is critical, says Slattery: "Airlines considering this airplane will see it in operation and will be focused on the performance of the Trent 7000," he says, referring to the "shadow" of the issues that have plagued the Trent 1000 on the 787.

Allied to the question mark over the engine, Slattery believes there is an issue of perception at play, in part created by the airframer itself.

"I think this airplane was undersold by Airbus for a long time. It is not just a re-engined Ceo – it is a much more technologically evolved airplane," he says.

"I think we are going to see some of the legacy carriers in Europe converted to this airplane – you will see it operating in Europe in the next two to three years."

Perhaps. The enduring question is whether in the late 2020s and 2030s, airlines will still want an aircraft that is decades old? And if they do not, where does that leave the manufacturer in the medium- to long-haul segment? (Although, as Airbus is keen to point out, that problem could also apply to the 787.)

But in financial terms, at least the A330neo is a low-cost bet. While it remains cagey on development spending, Airbus says the figure is less than $2 billion. List prices start at $260 million for the -800 and rise to $296 million for the -900.

Even assuming that the development cost is at the higher end of that range, and customer discounting on the heavy side, it is clear that the airframer does not have to sell too many aircraft to break-even.

Or, as Hamilton notes in reference to the 787: "We haven't got $33 billion outstanding on the programme."