The European Union Aviation Safety Agency has outlined that there is “still a lot of work that needs to be performed” before it can clear the Boeing 737 Max to return to service.

Speaking during a session of the European Parliament’s Transport and Tourism Committee on 3 September, EASA’s executive director Patrick Ky confirmed that EASA would make its own judgement on whether the Max is ready to fly again, and that it is still awaiting satisfactory answers about safety-critical parts not limited to the manoeuvring characteristics augmentation system (MCAS).

Although progress has been made since EASA raised those concerns with Boeing and the FAA in July, “there are aspects on which we’re happy with the solutions which are proposed by Boeing, others on which we need to discuss more, and others on which there is still a lot of work that needs to be performed”, Ky explains in Brussels.

EASA’s review extends far beyond MCAS, also touching on concerns related to pilot procedures, crew workload, display and alerting systems, and the ability of pilots to use manual aircraft trim during extreme manoeuvres.

The significance of EASA’s safety pronouncements goes beyond Europe. As Ky notes, many national agencies are likely to await a “second opinion” before clearing the Max for service amid questions over the FAA’s certification processes.

Much uncertainty swirls around approval, for example, of the Max by China – a country now embattled in a broader trade dispute with the USA. 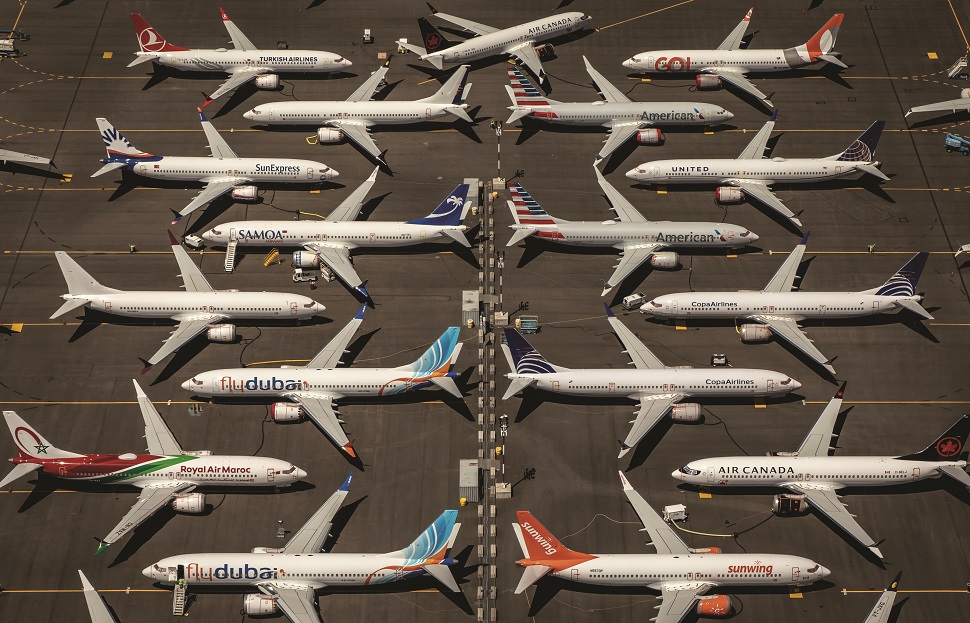 Ky recalls that in a 1 April letter, EASA told the FAA that it would only clear the Max for a return to service if four conditions were fulfilled.

The first condition was that design changes proposed by Boeing must be approved by EASA. Ky notes that there is “no delegation to the FAA” on those points.

“We insisted that any change proposed by Boeing on the resolution of those problems, those malfunctions, would need to be EASA-approved.”

This marked a significant change in policy from a body that had hitherto accepted FAA certification of aircraft and parts without conducting its own investigations.

Ky continues: “The second topic, which was not very popular with our American colleagues, was that we asked to have a broader review of the design of safety-critical systems on the Max. Because through this bilateral aviation safety agreement, those are domains which we had not completely certified ourselves, because we had delegated some of the tasks to the FAA.”

Thirdly, EASA said it needed to be confident that the fatal crashes involving the Lion Air and Ethiopian Airlines 737 Max 8s “are deemed sufficiently understood”.

Its final condition was that 737 Max flight crews “have been adequately trained” in respect of any changes made to the aircraft.

Regarding the second condition – EASA’s “own, independent review” into the 737 Max – “what we were saying was, okay, in the 737 Max there were obviously some things which were not working on safety-critical systems”.

Ky states that its decision to investigate systems beyond the MCAS was prompted by the question: “What proves to us that there are not other areas where there would not be disfunctioning [sic] systems as well?”

He explains that the Max systems EASA has focused on comprise “displays, alerting systems, autopilot and air data systems”.

It therefore communicated “70 test points” on 22 May, covering normal and abnormal operating conditions, and simulator evaluations were completed in June and July.

“On our findings, we found significant technical issues [with the 737 Max],” Ky says. “Basically, we identified critical items that absolutely need to be corrected before the aircraft can be considered for return to service.”

The significant technical issues found by EASA included: “A lack of exhaustive monitoring of the system failures, resulting in stabiliser runaway; too high forces needed to move the manual trim wheel in case of a stabiliser runaway; too late disconnection of autopilot near stall speed (in specific conditions); and too high crew workload and risk of crew confusion in some failure cases.”

Questions about manual trim have been prominent, with some pilots reporting that manually trimming the Max can be nearly impossible in some high-speed conditions due to excessive force against the horizontal stabiliser.

EASA’s findings were communicated to Boeing and the FAA in July. “On this basis, Boeing did some work,” Ky explains.

Of the solutions proposed by Boeing, EASA notes good progress on changes to the flight control computer architecture; some progress on the simplification of crew procedures and associated training; and “no appropriate response to angle-of-attack integrity issues”.

“There is still a lot of work to be done,” Ky asserts.

EASA will “continue to work with Boeing and assess fully what they are proposing”, he states. “We will perform flight tests when all of those activities have been successfully finished, and from those flights tests, we will be able to define crew training requirements.”

Ky did not give an indication of the likely timescales involved, only reiterating that EASA’s four conditions for the Max’s return were still to be met.

Ky’s comments reflect the wider uncertainty around the timeline for the Max’s return to service.

Boeing has said it expects the Max to be cleared to fly again in the fourth quarter.

But EASA and other national agencies are seeking to satisfy their own conditions.

At the same time, several of those agencies are part of the FAA’s Joint Authorities Technical Review panel, which is yet publish its recommendations on the Max.

The panel “expects to submit its observations, findings and recommendations in the coming weeks”, the FAA said in a statement on 30 August. Its recommendations could affect both the future of how the FAA conducts safety certification and could influence how soon regulators from other nations return the aircraft to service.

The FAA’s certification of the Max does not require the panel to first finish its review.

But as Ky states: “It is very likely that international authorities will want a second opinion, or a further opinion [once the FAA clears the Max]. It was not like this a year ago.”