A US Air Force B-52 bomber dropped one of its engines during a training mission over North Dakota this week, according to the service.

During a 4 January training mission from Minot Air Force Base, North Dakota, the pilot declared an in-flight emergency after discovering the engine had dropped from the bomber. The mammoth Boeing aircraft, which is powered by eight Pratt & Whitney TF33 engines, landed safely without injuries to the five personnel on board, the air force says in a statement. No weapons were on board during the mission.

Minot deployed its 54th Helicopter Squadron to search for engine pieces and has located possible debris in an unpopulated area about 25nm (46km) northeast of the base, the air force says.

The B-52’s loss could mark a gain for Pratt & Whitney, which has pushed for an upgrade of the 55-year-old TF33 engines. While the air force had considered four-engine options as part of a potential upgrade programme, the service ditched the effort.

Still, the company is continuing to work with the USAF on design changes for the TF33. Last year, the USAF tested the durability of a redesigned inlet case and turbine exhaust case on a TF33 variant used on the Stratofortress.

"Working with the Air Force, we successfully concluded accelerated mission testing on a TF33 engine in December 2016, validating design changes that can improve safety, performance, and mission readiness," P&W spokesman Matthew Bates tells FlightGlobal. "The success of this test demonstrated we have attractive propulsion options to offer the Air Force."

Meanwhile, the USAF’s Office of Transformational Innovation has an ongoing study examining alternative acquisition strategies that could allow for a potential engine upgrade. Though modern engines could reduce sustainment costs in the long run, the upfront costs have stymied past re-engine efforts. 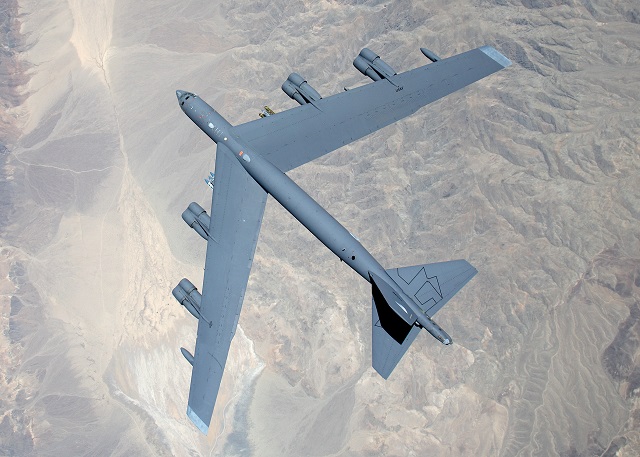