Belgium’s defence ministry will issue a request for information in early 2014 to potential suppliers of a replacement for its air component’s Lockheed Martin F-16s, says chief of staff Col Frederik Vansina.

The Belgian military has a current active fleet of 54 F-16A/Bs, with a further five being kept in flyable condition as an attrition reserve, Vansina says. Flown from its Florennes and Kleine Brogel air bases, these are the retained examples from Brussels’ original acquisition of 160 of the type. 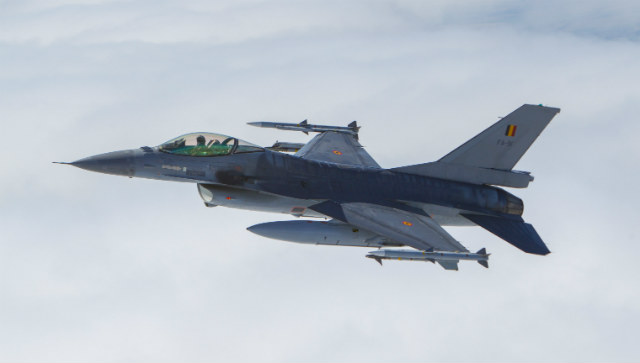 Current plans call for Belgium’s remaining F-16s to start leaving service in 2023. As a result, Vansina says the defence ministry is now assessing its future options. “We are preparing a file ahead of elections next year, so that we can prepare the politicians,” he says, adding: “it is something we are looking into now with our traditional partners.”

Belgium has a close operational collaboration with the Royal Netherlands Air Force, which plans to replace its own F-16s with a fleet of 37 Lockheed F-35A Joint Strike Fighters. The US manufacturer has previously identified Belgium as being a potential future customer for the stealthy type.

The Belgian and Dutch governments recently signed an agreement under which they will pool the future delivery of air policing cover for both nations and Luxembourg.

Speaking at IQPC’s International Fighter conference in London on 14 November, Vansina said the success of such a collaboration, along with the technical sophistication of the future type selected by Belgium, “could impact the total number of fighters that we buy.”

Four of Belgium’s F-16s are currently providing quick reaction cover for Baltic states Estonia, Latvia and Lithuania on behalf of NATO, flying sorties from the latter’s Siauliai air base. This is the third time that the service has performed the activity since 2011, with Vansina saying its next rotation will come during 2016.